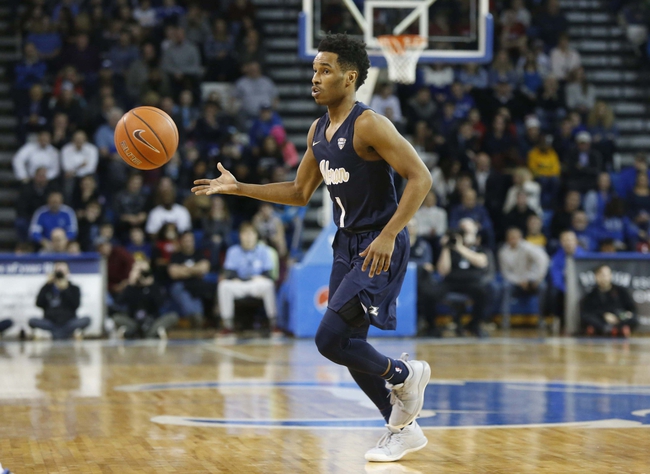 The Akron Zips will travel to University Arena (MI) to take on the Western Michigan Broncos this Tuesday night in College Basketball action.

The Akron Zips won their 3rd straight game and improved to 19-6 (9-3 MAC-East) on the season after defeating the Central Michigan Chippewas, 80-67, this past Friday. Akron went into halftime with a 34-34 lead and pulled away in the 2nd half after an 8-2 Zips run gave Akron a 71-60 lead with 3:45 left in regulation. Akron shot 52.7% from the field and 37.0% from beyond the arc in the victory. Leading the way for the Zips was Loren Cristian Jackson who had 31 points, 3 assists, and 3 steals.

Defensively, Akron is holding their opponents to an average of 65.4 ppg on 40.0% shooting from the field. The Zips have a rebound margin of 1.2 and a turnover margin of 0.5.

The Western Michigan Broncos lost their 2nd straight game and dropped to 11-14 (4-8 MAC) on the season after being defeated by the Eastern Michigan Eagles, 69-51m this past Saturday. Western Michigan struggled offensively against the Eagles and could never make a run in the 2nd half after going into halftime trailing by a 39-26 margin. Western Michigan shot just 26.3% from beyond the arc and committed 19 turnovers in the loss. Leading the way for the Broncos was Brandon Johnson who had 17 points, 7 rebounds, 2 assists, and 2 blocks.

Defensively, Western Michigan is allowing their opponents to average 72.5 ppg on 43.7% shooting from the field. The Broncos have a rebound margin of -2.5 and a turnover margin of -1.2.

Akron has been tough on both ends of the court this season, coming into this game ranked 58th in FG%, 72nd in scoring defense, and 39th in defensive FG%.

Western Michigan has lost 5 of their last 7 games and currently rank just T-211st in scoring offense, 222nd in FG%, and 266th in scoring defense.

Western Michigan has been solid ATS as of late at home, however, the Broncos are overmatched both offensively and defensively against a very good Akron team. Akron was able to defeat Western Michigan by a 15-point margin at home this season and I think the Zips will once again find success offensively, I’m taking Akron to cover this small road spread. Good Luck!