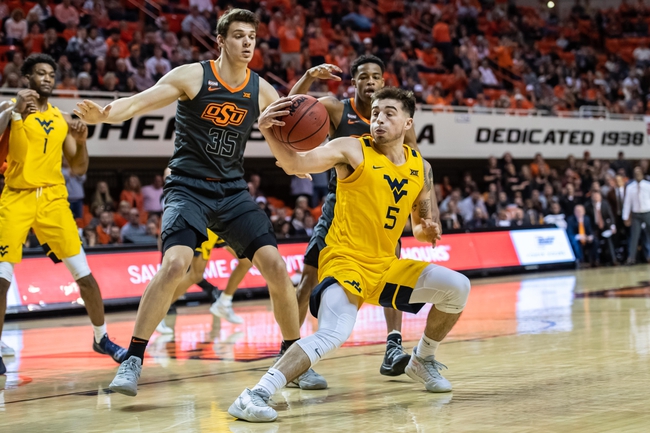 The Oklahoma State Cowboys (13-12, CONF 3-9) and West Virginia Mountaineers (18-7, CONF 6-6) face off in a Big 12 showdown at WVU Coliseum. The Cowboys and Mountaineers faced off in early January and WVU came out with a 55-41 victory.

The Cowboys have had some real issues this season, but they come into this game having won two games in a row. Oklahoma State’s defense is ranked in the top 90, but the offense has let them down scoring only 67.2 points per game. When the Cowboys were knocked off by the Mountaineers they only scored 41 points, and their job is going to get only more difficult being on the road.

The Cowboys don’t have a star, but they do have three players averaging double digits. Isaac Likekele is pacing Oklahoma State averaging 11.4 points and shooting 46.5 percent from the field.

Chris Harris Jr.who plays 15 minutes a night, is questionable for the Cowboys as he deals with a leg injury.

The Mountaineers are really struggling and have lost three games in a row. Each of the last three games West Virginia hasn’t hit the 60 point mark, and it has led to big issues. WVU is averaging 71.3 points per game, and they need to get the offense going if they want to stop the losing streak.

The defense is the real strength of the Mountaineers and coming into this game they are giving up only 61.8 points per game.

The Mountaineers are the better team, but the Cowboys are playing some good basketball coming into this game. Two of the last three games the Cowboys have scored 70 points and that offense will allow them to have success. Look for the Cowboys to do enough to cover the spread.