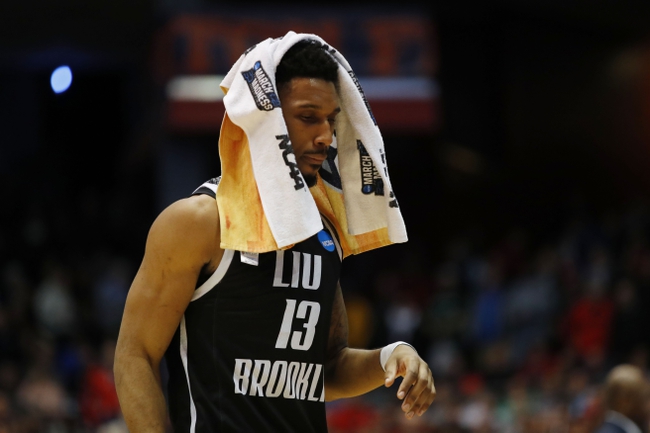 The St Francis Brooklyn Terriers (11-14, CONF 5-8) and LIU Sharks (12-18, CONF 7-6) face off in a Northeast Conference at Steinberg Wellness Center. The Terriers and Sharks faced off in mid-January and LIU came away with a three-point victory.

The Terriers have been an elite team at home, and they have really struggled away from home. Coming into this game St. Francis Brooklyn has won only two of their 13 games played on the road.

Away from home, the Terriers offense has really struggled shooting only 38.7 percent from the field and putting up 62.5 points.

The Terriers have four players averaging at least 11 points per game, paced by Chauncey Hawkins who is averaging 13.2.

The Sharks have been super inconsistent, but they come into this game having won two of the last three games.

LIU likes to play an up-tempo game, and are averaging 74.6 points while the defense is giving up 76.3.

At home, the Sharks offense is almost the same, but defense is a little better giving up 74.2 points. Guard Raiquan Clark is the star of the Sharks averaging 20.2 points while shooting 52.3 percent from the field.

The Terriers have been terrible on the road, and there is no reason to believe that will change in this game. The Sharks offense led by Clark is going to run up the score which will lead to a cover of the spread.