The Line: Southern -- Over/Under: Click Here for the Latest Odds

Where to watch: No TV Stream College Basketball all season on ESPN+. Sign up now!

Mississippi Valley State Delta Devils (2-22, CONF 2-10) and Southern Jaguars (10-15, CONF 7-5) face off in a SWAC showdown at the F.G. Clark Center. Southern was nine-point favorites the first time they played the Delta Devils, but could only win by four points.

The Delta Devils have had all kinds of issues this season but their two wins have come in their last ten games. In Mississippi State Valley’s last game they gave Alcorn State everything they could handle, but they couldn’t get the job done in overtime. It included overtime, but the Delta Devils gave up 92 points.

The Devils biggest issue has been with the defense, giving up 90.6 points per game and letting opponents shoot 48 percent from the field.

The first game against the Braves was one of their best games of the season giving up only 74 points, and if they want a chance in this game, that defense is going to need to be good again.

The Jaguars have won seven of their last nine games, but two of those losses came in their last three games. Southern got back on the right track in their last game giving up only 49 points against Arkansas Pine Bluff.

On the season Southern is averaging 65 points per game while shooting 42.2 percent from the field. The Jaguars use a balanced attack but they don’t really have a star with the leading scorer averaging only 8.9 points.

The Jaguars won the first game over the Delta Devils and they will do it again in blowout fashion The Delta Devils might not give up 90 points in this game, but they are going to struggle to score which will lead to a cover by the Jaguars. 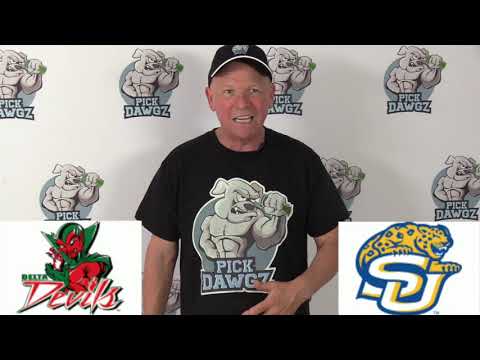