The Morgan State Bears will travel to the S-H-M Memorial Center to take on the South Carolina State Bulldogs this Monday night in College Basketball action.

The Morgan State Bears lost their 2nd straight game and dropped to 13-14 (7-5 MEAC) on the season after being defeated by the Norfolk State Spartans, 62-57, this past Saturday. Morgan State trailed by a 51-36 margin with 6:33 left in regulation, and although they fought back into the game with an ensuing 10-0 run, the Bears couldn’t get enough stops late to complete the come from behind victory. Morgan State shot 35.6% from the field and 20.0% from beyond the arc in the loss. Leading the way for the Bears was Stanley Davis who had a double-double with 11 points, 11 rebounds, 4 assists, and 3 steals.

Defensively, Morgan State is allowing their opponents to average 70.6 ppg on 40.6% shooting from the field. The Bears have a rebound margin of 3.6 and a turnover margin of -1.9.

Defensively, South Carolina State is allowing their opponents to average 76.3 ppg on 47.4% shooting from the field. The Bulldogs have a rebound margin of 1.8 and a turnover margin of -2.5.

Morgan State comes into this game ranked 219th in scoring offense, 208th in scoring defense, and 70th in defensive FG%.

South Carolina State has been solid at home this season, posting an 8-2 record, however, between the fact that Morgan State defeated the Bulldogs by a 14-point margin at home earlier this season and that I think their offense will have success against the below average Bulldogs defense, I’m taking Morgan State and the points in this one. Good Luck! 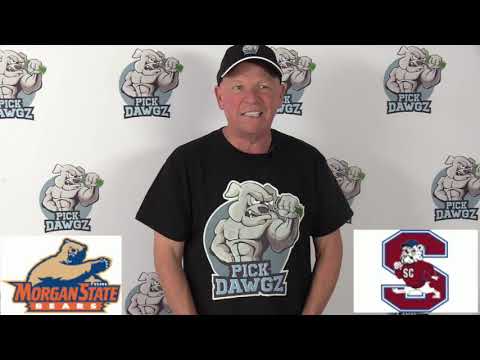