The Idaho Vandals (7-17, CONF 3-10) and Portland State Vikings (12-14, CONF 6-8) face in a Big Sky Conference showdown at the Stott Center. The Vandals had success the first time against the Vikings this year winning 72-61. The Vandals were 6.5 point favorites in that game.

To say the Vandals have had some struggles this season might be an understatement and they come into this game having won only two of their last ten games. And although the stats haven’t been awful, they haven’t had a lot of success.

In the last game the Vandals had one of their biggest wins of the season over Eastern Washington. Guard Trevon Allen led the way Idaho putting up 32 points which helped lead to a three-point victory.

The Vikings have also had their fair share of struggles, but have been a little better than the Vandals.

Portland State comes into this game having won two of the last four games and they have covered the spread in two of those games.

The Vikings are a good offensive team, but their defense has been a real issue. Over the last five games Portland State is averaging 78.2 points per game, but the defense is giving up 82.

Holland Woods is the leading scorer for the Vikings averaging 17.3 points while shooting 40.7 percent from the field. In Portland State’s last game two players had at least 18 points, but they were the only two in double figures, and that is a big problem.

At home this season the Vikings are averaging 80.1 points per game, and this is a game where they will try to push the pace to make life tough on the Vandals.

The Vikings are going to run up the score in this game, and it wouldn’t be shocking to see them put up 85. The Vandals are going to have to score to keep up, and even though they won’t keep up, they will score enough to push this total over.

Get Premium Picks Start Winning Now »
The pick in this article is the opinion of the writer, not a PickDawgz site consensus.
Previous Pick
Prairie View A&M vs. Jackson State - 2/17/20 College Basketball Pick, Odds, and Prediction
Next Pick
LIU-Brooklyn vs. St. Francis-Brooklyn - 2/18/20 College Basketball Pick, Odds, and Prediction 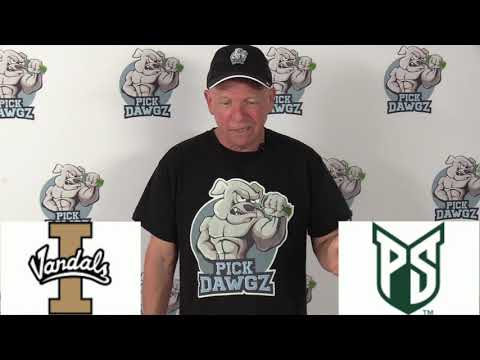