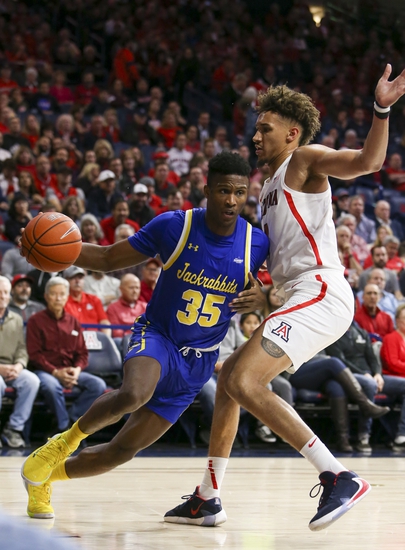 The Purdue Fort Wayne Mastodons will travel to Frost Arena to take on the South Dakota State Jackrabbits this Sunday afternoon in College Basketball action.

The Purdue Fort Wayne Mastodons has their 2-game winning streak snapped and dropped to 12-15 (5-7 Summit) on the season after being defeated by the North Dakota State Bison, 80-70, this past Friday. Purdue Fort Wayne struggled keeping the Bison off the FT-line in this one and couldn’t fight back after a 10-0 Bison run gave North Dakota State a 72-54 lead with just 4:25 left in regulation. Purdue Fort Wayne shot 49.1% from the field, however, was outrebounded by the Bison by a 39-29 margin in the loss. Leading the way for the Mastodons was Jarred Godfrey who had 20 points, 2 rebounds, and 4 assists. 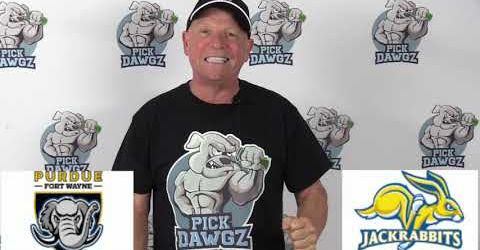 Defensively, Purdue Fort Wayne is allowing their opponents to average 70.9 ppg on 45.2% shooting from the field. The Mastodons have a rebound margin of 1.9 and a turnover margin of -0.4.

The South Dakota State Jackrabbits won their 5th straight game and improved to 19-8 (10-2 Summit) on the season after defeating the Denver Pioneers, 90-78, this past Friday. South Dakota State trailed by a 39-36 margin at halftime, however, dominated the Pioneers on the offensive end in the 2nd half and cruised to victory after taking a 70-57 lead with 7:57 left in regulation. South Dakota State shot 46.2% from the field and committed just 8 turnovers in the victory. Leading the way for the Jackrabbits was Matt Dentlinger who had a double-double with 22 points, 11 rebounds, 1 assist, 2 blocks, and a steal.

Defensively, South Dakota State is allowing their opponents to average 69.7 ppg on 41.6% shooting from the field. The Jackrabbits have a rebound margin of 4.7 and a turnover margin of -1.8.

Purdue Fort Wayne has been noting more than average on both ends of the court this season and come into this game ranked just 227th in scoring offense & 221st in scoring defense.

South Dakota State has been outstanding offensively this season and come into this game ranked 35th in scoring offense, 8th in FG%, and 49th in rebound margin.

South Dakota State was able to pick up a 70-61 win over the Mastodons on the road earlier this season and between the fact that the Jackrabbits are a perfect 13-0 at home and that I feel their offense will have no trouble putting up points agianst the Mastodons defense, I’m taking South Dakota State to cover this double-digit home spread. Good Luck!