Where to watch: Fox Sports Ohio Stream College Basketball all season on ESPN+. Sign up now!

The Flames are improved this season, but they have still had their fair share of struggles. UIC have lost two of the last three games, and in each of the losses they failed to cover the spread.

Away from home the Flames have had struggles winning only four of their 13 games. In the last game the Flames only put up 58 points against Wright State and that led to a 17 point loss.

The defense for the Flames has been giving up 72 points per game away from home, and against a good offense for the Norse, they need to defense to be stronger.

The Norse look like they could be the team representing the Horizon League and this is another chance to separate themselves from the rest of the league.

The Norse come into this game having won five games in a row and nine of the last ten games Each of the last two games, Northern Kentucky has scored 84 points, and the game plan in this one will probably be to try and run up the score.

At home this season the Norse are averaging 79.1 points per game while shooting 45.3 percent from the field.

The Norse have been playing a quicker pace, and at home they should dictate that in this game. The Flames are going to have to score if they want any chance to come away with a win. The Norse will win this game and it will go well over the total 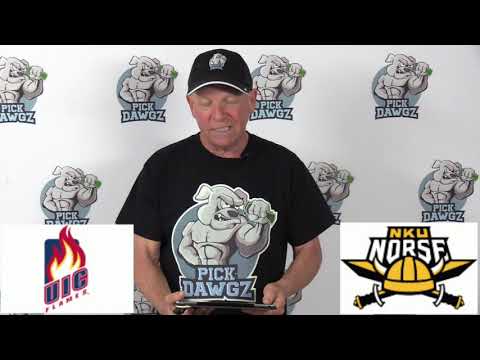