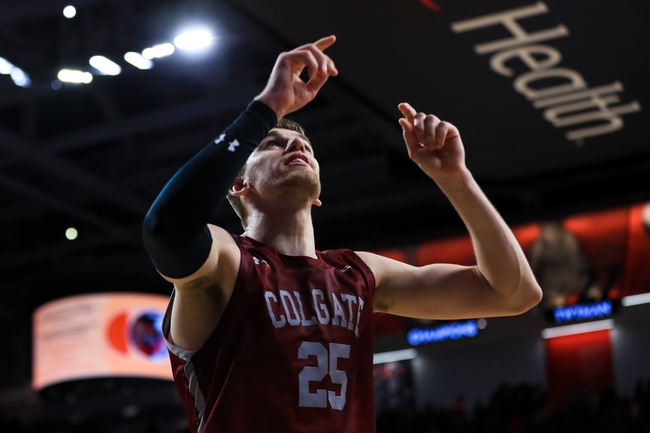 The Line: Loyola-Maryland +5 -- Over/Under: 150 Click Here for the Latest Odds

The Colgate Raiders (20-6, CONF 11-2) and Loyola Greyhounds (12-14, CONF 4-9) face off in a Patriot league showdown at Reitz Arena. The Raiders knocked off the Greyhounds by 22 points earlier in the season.

The stats for the Raiders don’t really jump off the page, but they get wins. Overall this season Colgate is averaging 74.6 points while giving up 68.8.

The Raiders use a balanced attack on offense with five players averaging at least ten points. In Colgate’s last victory over Boston, Jordan Burns and Rapolas Ivanauskas paced the team each scoring 15 points.

The Greyhounds have had all kinds of struggles this season but they have won three of the last four games. In the three victories, Loyola was also able to cover the spread. At home this season Greyhounds are averaging 77.4 points while the defense is giving up 74.7 points.

Andrew Kostecka is averaging 21.2 points while shooting 52 percent from the field for Loyola. The Greyhounds don’t have a balanced attack, so if Kostechka struggles the offense usually has a lot of issues.

The Greyhounds are 1-6-2 ATS in their last nine games played on Sunday. The over is 6-2 in Loyola’s last eight games overall.

Colgate knocked off Loyola by 22 points earlier in the season and even though this game is on the road, there is no reason they can’t do the same.

Overall the Raiders have the better defense and that will be enough for them to win this game and cover the spread.