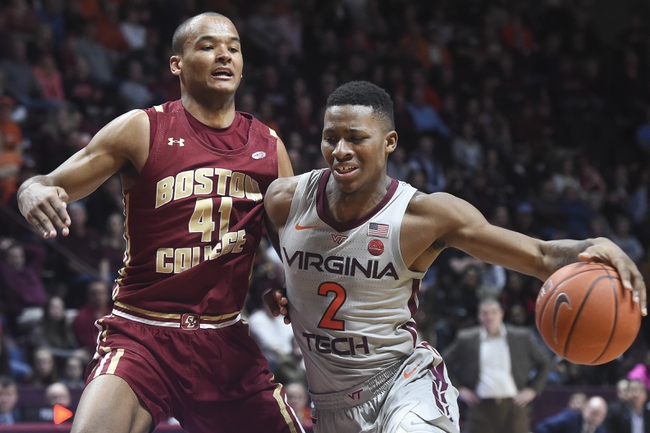 Where to Watch: ESPN - ACC Network Stream College Basketball all season on ESPN+. Sign up now!

The Pittsburgh Panthers will travel to Cassell Coliseum to take on the Virginia Tech Hokies this Saturday night in College Basketball action.

The Pittsburgh Panthers dropped to 15-10 (6-8 ACC) on the season after being defeated by the Clemson Tigers, 72-52, this past Wednesday. Pittsburgh was outplayed on both ends of the court by the Tigers and couldn’t fight back after Clemson took a 50-31 lead with 12:11 left in regulation. Pittsburgh allowed Clemson to shoot 50.0% from the field while the Panthers shot just 31.3% from the field and 28.6% from beyond the arc. Leading the way for the Panthers was Justin Champagnie who had 11 points, 6 rebounds, 1 assist, 1 block, and a steal.

Defensively, Pittsburgh is holding their opponents to an average of 63.8 ppg on 41.9% shooting from the field. The Panthers have a rebound margin of -1.2 and a turnover margin of 3.7.

The Virginia Tech Hokies lost their 5th consecutive game and dropped to 14-10 (5-8 ACC) on the season after being defeated by the Boston College Eagles, 77-73 in OT, this past Saturday. Virginia Tech was able to fight back from a 66-62 deficit with under a minute left in regulation to force OT, however, couldn’t pull out the victory after the Eagles closed out the final 2:02 of the overtime period on a 7-0 run. Virginia Tech shot 43.9% from the field and 30.8% from beyond the arc in the loss. Leading the way for the Hokies was Landers Nolley II who had a double-double with 29 points, 11 rebounds, 1 assist, and a block.

Defensively, Virginia Tech is holding their opponents to an average of 64.9 ppg on 41.7% shooting from the field. The Hokies have a rebound margin of -0.8 and a turnover margin of 2.3.

Pittsburgh has been solid defensively this season as they currently rank 41st in scoring defense, however, the offense has struggle at times and currently ranks just 303rd in scoring offense and 304th in FG%.

The Hokies come into this match-up ranked 216th in scoring offense, 214th in FG%, and T-61st in scoring defense.

Pittsburgh has made some great strides this season, however, the Panthers offense looked terrible in their recent loss at against Clemson. Virginia Tech has struggled also as of late, however, as the Hokies are a solid 10-4 at home this season and that Pittsburgh has struggled on the road, losing their last 4 road games by an average of 9 ppg, I think the Hokies snap their losing streak in this one and do just enough to cover this spread. Good Luck!