The Citadel vs. Samford - 2/15/20 College Basketball Pick, Odds, and Prediction 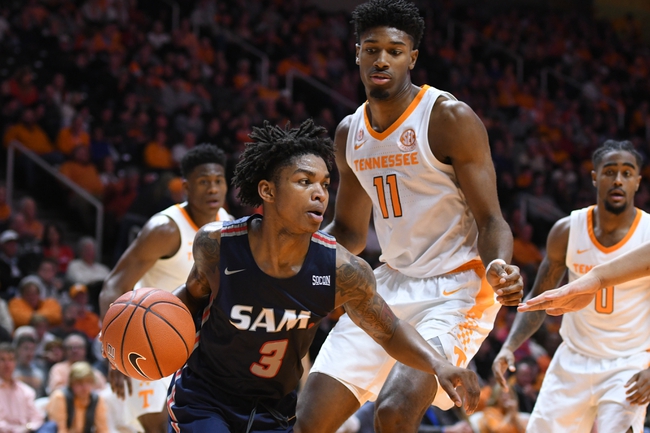 The Samford Bulldogs will travel to McAlister Field House to take on The Citadel Bulldogs this Saturday afternoon in College Basketball action.

The Samford Bulldogs lost their 11th straight game and dropped to 8-19 (2-11 Southern) on the season after being defeated by the Furman Paladins, 86-71, this past Wednesday. Samford had no answers defensively against Furman and couldn’t fight back after a 17-4 Paladins run gave Furman a 62-43 lead with 12:25 left in regulation. Samford committed 20 turnovers while also allowing Furman to shoot 51.7% from the field and 53.8% from beyond the arc. Leading the way for the Bulldogs was Brandon Austin who had 21 points and 3 rebounds.

Defensively, Samford is allowing their opponents to average 80.7 ppg on 45.3% shooting from the field. The Bulldogs have a rebound margin of -2.3 and a turnover margin of -1.6.

The Citadel Bulldogs lost their 13 consecutive game and dropped to 6-18 (0-13 Southern) on the season after being defeated by the East Tennessee State Buccaneers, 91-67, this past Wednesday night. The Citadel kept the game close early and trailed by just a 38-32 margin at halftime, however, the Bulldogs struggled defensively in the 2nd half and couldn’t fight back after the Buccaneers took a 72-53 lead midway through the 2nd half. The Citadel shot 49.0% from the field, however, allowed East Tennessee State to shoot 55.0% from the field and was outrebounded by the Buccaneers by a 38-22 margin. Leading the way for the Bulldogs was Fletcher Abee who had 16 points, 2 rebounds, and an assist.

Defensively, The Citadel is allowing their opponents to average 80.2 ppg on 44.9% shooting from the field. The Bulldogs have a rebound margin of -2.5 and a turnover margin of -1.6.

The Citadel also have a “run and gun” style offense and although the Bulldogs rank 49th in scoring offense & 23rd in three-pointers made per game, they continue to lose games due to their 338th ranked scoring defense.

Although both Samford and The Citadel are two of worst teams in the Southern Conference, these games are generally pretty entertaining as both team push tempo and get up a bunch of shots. Samford has struggled on the road this season and barely defeated The Citadel at home earlier this season, however, as I think Samford is the better overall team in this one, I think Samford wins the battle of the Bulldogs and cover this small road spread. Good Luck!