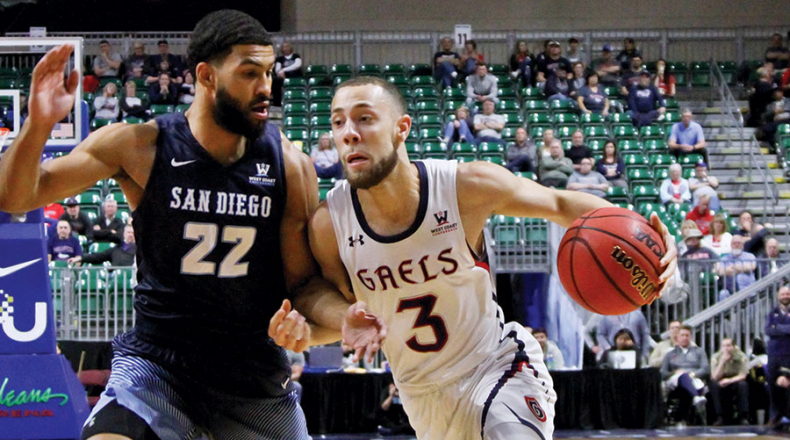 The Saint Mary’s Gaels (20-6) will host the Pacific Tigers (20-8) on Saturday, February
15th for a West Coast Conference match up at McKeon Pavillion in Moraga, CA. The
game is scheduled for a 5:00 pm pacific tip off.

Saint Mary’s will look to bounce back at home after a 30-point drubbing from number
two ranked Gonzaga where they lost 60-90. Saint Mary’s had no answers for the
Bulldogs high powered offense who took a comfortable 53-28 lead in the first half. The
Gaels shot 43.1 % from the floor but what hurt them most was allowing Gonzaga to
convert at 67.9% from the floor.

The Pacific Tigers will come in hoping this this game won’t take 4 overtimes like the last
time these two teams played. Pacific came away from this clash earlier in the season
victorious with a gritty 107-99 win with 39 points from Jahlil Tripp.
Pacific is riding a five-game win streak with their most recent game a 75-55 victory over
the University of Portland. Pacific was led by Jahlil Tripp once again who is averaging
15.3 points on the year.

On the season, the Tigers are averaging 70.2 points per game while only giving up 64.1
points. They are averaging 5.6 three-pointers per game and hitting them at 34.5% as a
team.

Both Pacific and Saint Mary’s are 3-2 ATS in their last 5 games. However, Pacific is
riding a five game win streak and Saint Mary’s is looking to bounce back after an
embarrassing loss to conference foe Gonzaga.

Both teams are top tier West Coast Conference teams and I expect this one to be close
throughout. Saint Mary's may win outright but I’m going to give the edge to Pacific though as I think 10 points is too many in this one.