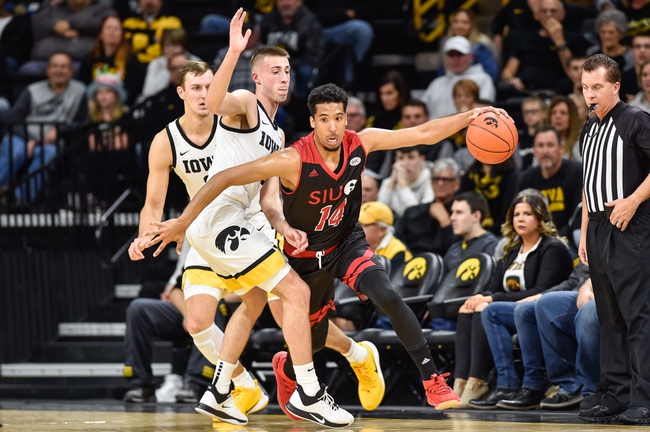 The SIU-Edwardsville Cougars will travel to the Show Me Center to take on the SE Missouri State Redhawks this Saturday night in College Basketball action.

The SIU-Edwardsville Cougars won their 2nd straight game and improved to 7-19 (4-9 OVC) on the season after upsetting the Eastern Illinois Panthers, 76-74, this past Thursday. SIU-Edwardsville was outstanding offensively against Eastern Illinois in the 2nd half and was able to hold off the Panthers for the victory after taking a 52-42 lead with 12:06 left in regulation. SIU-Edwardsville shot 46.9% from the field and 33.3% from beyond the arc in the victory. Leading the way for the Cougars was Mike Adewunmi who had a double-double with 25 points, 11 rebounds, 1 assist, and 2 steals.

Defensively, SIU-Edwardsville is allowing their opponents to average 73.2 ppg on 31.1% shooting from the field. The Cougars have a rebound margin of -1.7 and a turnover margin of -0.3.

The SE Missouri State Redhawks improved to 6-20 (2-11 OVC) on the season after defeating the UT-Martin Skyhawks, 74-72, this past Thursday. SE Missouri State trailed by a 70-64 margin with just :42 seconds left in regulation, however, pulled off a dramatic come from behind victory after a Skyler Hogan lay-up with :24 seconds left in regulation gave the Redhawks the lead for good. SE Missouri State shot 43.6% from the field and 31.0% from beyond the arc in the victory. Leading the way for the Redhawks was Skyler Hogan who had 21 points, 5 rebounds, 1 assist, and a block.

Defensively, SE Missouri State is allowing their opponents to average 74.7 ppg on 47.8% shooting from the field. The Redhawks have a rebound margin of -3.2 and a turnover margin of -0.8.

SIU-Edwardsville Cougars have struggled on both ends of the court this season and come into this game ranked just 286th in scoring offense, 280th in scoring defense, and 234th in defensive FG%.

SE Missouri State has also really struggled both offensively and defensively this season, and currently rank just 309th in scoring offense, 302nd in scoring defense, and 342nd in defensive FG%.