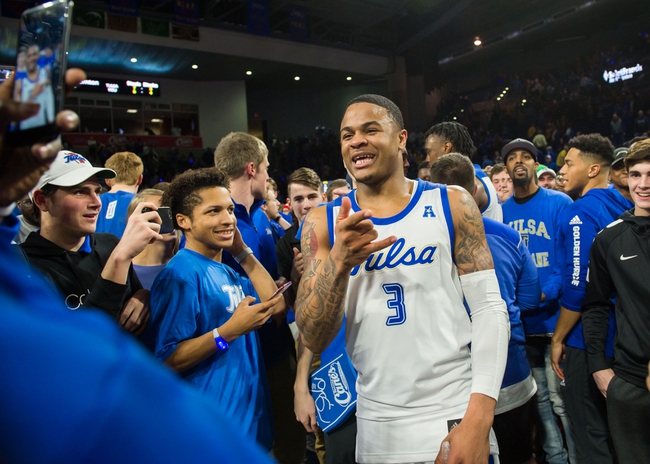 The Tulsa Golden Hurricane (16-8, CONF 8-3) and South Florida Bulls (11-13, CONF 4-7) face off in an AAC showdown at the USF Sun Dome. The first time they faced off this season the Golden Hurricane were five-point favorites, but they only won by three points.

The Golden Hurricane have been a really hard team to figure out this year. They had won six games in a row, but coming into this one they have lost two of the last three.

One of the big issues for Tulsa has been with their leading scorer Brandon Rachal has been banged up as of late. Rachal returned in the last game for the Golden Hurricane but he only played 11 minutes and failed to score any points.

For the Bulls they had lost five games in a row, but coming into this game they have won three of the last four games. The one loss for USF during that stretch was even impressive losing by only four points to the Houston Cougars.

At home this season the Bulls are averaging 63.5 points per game while giving up 57.8 points. In the last game South Florida game up only 62 points to Houston, and a few gams ago against UCF they gave up only 48 points. Guard David Collins is averaging 14 points per game for the Bulls.

The Bulls are at home and they are a team that really likes to slow down the pace. South Florida gave up only 62 points against Houston, and the Cougars have a much better offense than the Golden Hurricane. It’s a lean to the Bulls, but the play is with the under to cash.