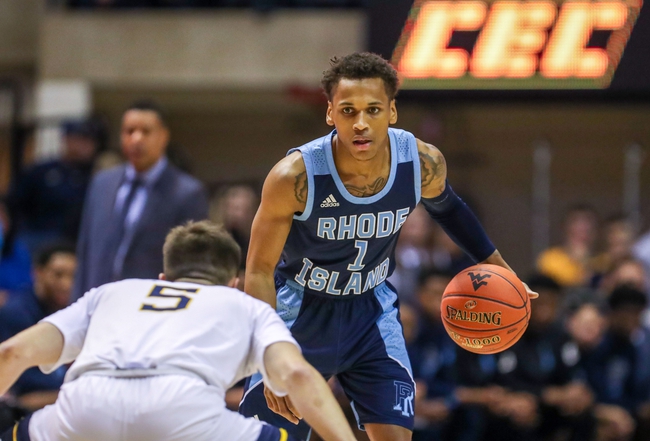 The Saint Joseph’s Hawks will travel to the Ryan Center to take on the Rhode Island Rams this Saturday afternoon in College Basketball action.

The Saint Joseph’s Hawks lost their 6th straight game and dropped to 4-20 (0-11 A-10) on the season after being defeated by the St. Bonaventure Bonnies, 74-56, this past Tuesday. Saint Joseph’s went into halftime with a 34-31 lead, however, the Hawks were dominated on both ends of the court by the Bonnies in the 2nd half and couldn’t fight back after St. Bonaventure took a 55-42 lead with 11:47 left in regulation. Saint Joseph’s allowed St. Bonaventure to shoot 47.5% from the field while the Hawks shot just 36.7% from the field and 21.4% from beyond the arc. Leading the way for the Hawks was Ryan Daly who had 21 points, 4 rebounds, 4 assists, and a steal.

Defensively, Saint Joseph’s is allowing their opponents to average 81.1 ppg on 46.3% shooting from the field. The Hawks have a rebound margin of -1.8 and a turnover margin of -4.0.

The Rhode Island Rams had their 10-game winning streak snapped and dropped to 18-6 (10-2 A-10) on the season after being defeated by the 6th ranked Dayton Flyers, 81-67,  this past Tuesday. Rhode Island had no answers offensively for the stout Dayton defense and trailed by double-digits throughout the 2nd half after entering halftime behind by a 49-35 margin. Rhode Island allowed Dayton to shoot 50.0% from the field while the Rams shot just 28.8% from the field and 20.0% from beyond the arc. Leading the way for the Rams was Fatts Russell who had 19 points, 2 rebounds, 4 assists, and 2 steals.

Defensively, Rhode Island is allowing their opponents to average 68.3 ppg on 41.5% shooting from the field. The Rams have a rebound margin of 1.5 and a turnover margin of 3.2.

Saint Joseph’s has really struggled on both ends of the court this season and come into this game ranked just 344th in FG%, 343rd in scoring defense, and 320th in defensive FG%.

Rhode Island has been a balanced team this season and currently rank 89th in scoring offense, T-149th in scoring defense, and 20th in steals per game.

Saint Joseph’s kept their first match-up against Rhode Island somewhat competitive, a 71-61 loss at home, however, it’s hard to see this game not being a blowout as the Hawks have lost their last three conference road games by an average of 16.0 points. Rhode Island is a solid home team, coming in with an 11-1 home record on the season, and as I think their offense bounces back after their rough outing at Dayton against a very beatable Saint Joseph’s defense, I’m going to take Rhode Island to cover this large home spread. Good Luck!