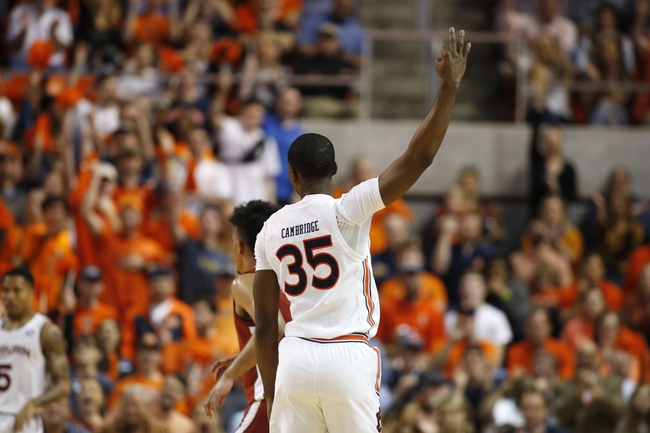 The Auburn Tigers (22-2, CONF 9-2) and Missouri Tigers (11-13, CONF 3-8) face off in an SEC showdown at Mizzou Arena. Auburn has won the last three games played between the two squads.

It’s been an odd season for Auburn, but they come into this game having won seven games in a row. Each of the last three games for Auburn it took overtime to get the job done, and at some point if they keep playing with fire, it’s going to hurt them.

For the most part the defense hasn’t been an issue, but over the last five games Auburn is giving up 81.0 points per game.

Most knew this could be a tough season for Missouri, and they come into this one having lost seven of their last nine games. The biggest issue for Missouri is their inconsistency, which has made it hard to bet on them.

In Missouri’s last game against LSU the offense was good putting up 78 points, but they gave up 82 points.

At home this season Missouri is giving up only 59.4 points and allowing opponents to only shoot 37.7 percent from the floor.

Auburn has scored at least 75 points in each of their last five games and that is going to lead to a high scoring affair. Back the over to cash with ease.