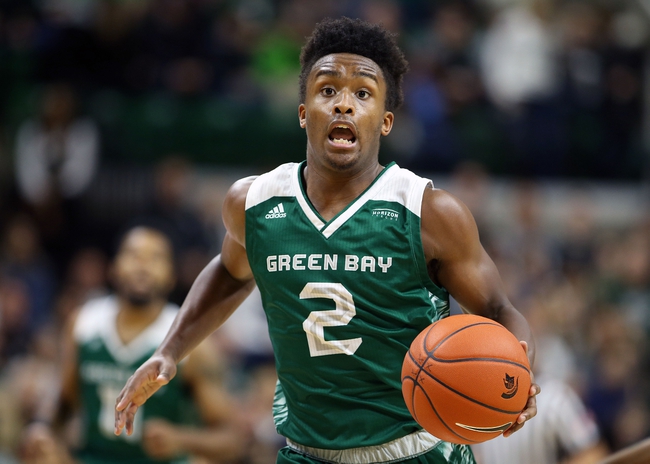 Where to Watch: MY24; ESPN+ Stream College Basketball all season on ESPN+. Sign up now!

The Green Bay Phoenix had their 2-game winning streak snapped and dropped to 12-14 (7-6 Horizon) on the season after being defeated by the UIC Flames, 71-58, this past Saturday. Green Bay struggled offensively on the road against the Flames and couldn’t fight back after UIC went into halftime with a 40-29 lead. Green Bay allowed UIC to shoot 50.0% from the field while the Phoenix shot just 37.5% from the field and 22.2% from beyond the arc. Leading the way for the Phoenix was JayQuan McCloud who had 15 points, 4 rebounds, 3 assists, and a steal.

Defensively, Green Bay is allowing their opponents to average 80.5 ppg on 45.0% shooting from the field. The Phoenix have a rebound margin of -2.8 and a turnover margin of 2.2.

The Milwaukee Panthers won their 2nd straight game and improved to 12-13 (7-6 Horizon) on the season after defeating the IUPUI Jaguars, 80-79 in OT, this past Saturday. Milwaukee allowed IUPUI to fight back from an 8-point deficit late in regulation to force OT, however, the Panthers were able to secure the road victory after Te’Jon Lucas made the game-winning jumper for the Panthers was just :07 seconds left in regulation. Milwaukee shot 43.5% from the field and outrebounded IUPUI by a 49-41 margin in the victory. Leading the way for the Panthers was Te’Jon Lucas who had a double-double with 31 points, 12 rebounds, 5 assists, and a steal.

Defensively, Milwaukee is allowing their opponents to average 71.9 ppg on 42.7% shooting from the field. The Panthers have a rebound margin of -0.3 and a turnover margin of 1.8.

Green Bay has been tremendous offensively this season as the Phoenix come into this game ranked 9th in scoring offense and 80th in FG%, however, Green Bay has struggled keeping opponents off the scoreboard and currently rank just 341st in scoring defense.

Milwaukee has been average on both ends of the court this season and come into this match-up ranked 164th in scoring offense, 248th in scoring defense, and 178th in defensive FG%.

Green Bay lost by a 87-80 margin at home against the Phoenix earlier this season, however, the Phoenix have been solid on the road in conference play this season which included a 73-59 win at Northern Kentucky and as the Phoenix have had a lot of recent success in Milwaukee, I think the play here is to take Green Bay and the points. Good Luck!