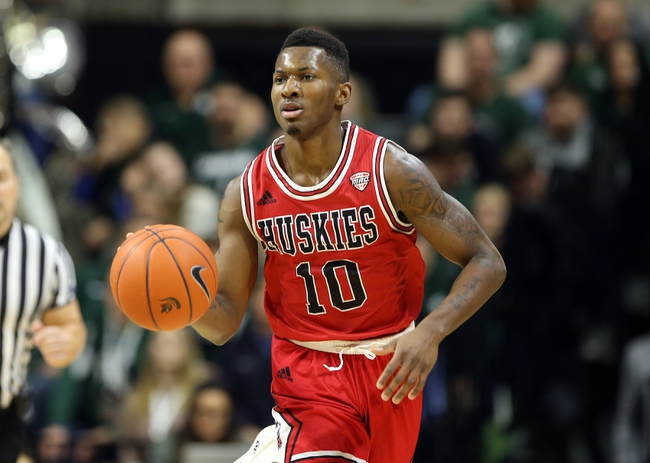 The Northern Illinois Huskies will travel to Millett Hall to take on the Miami (OH) RedHawks this Saturday afternoon in College Basketball action.

The Northern Illinois Huskies had their 6-game winning streak snapped and dropped to 15-10 (8-4 MAC-West) on the season after being defeated by the Ball State Cardinals, 63-59, this past Tuesday. Northern Illinois struggled offensively in the 1st half and couldn’t fight all the way back after falling behind by a 51-39 margin with 9:54 left in regulation. Northern Illinois shot 40.0% from the field and 23.1% from beyond the arc in the loss. Leading the way for the Huskies was Eugene German who had 18 points, 7 rebounds, and an assist.

Defensively, Northern Illinois is holding their opponents to an average of 63.4 ppg on 39.4% shooting from the field. The Huskies have a rebound margin of 4.7 and a turnover margin of -0.6.

The Miami (OH) RedHawks lost their 4th straight game and dropped to 9-15 (2-9 MAC-East) on the season after being defeated by the Toledo Rockets, 65-57, this past Tuesday. Miami (OH) led by a 32-28 margin at halftime, however, struggled offensively in the 2nd half and couldn’t fight back after Toledo took a 49-41 lead with 9:33 left in regulation. Miami (OH) shot just 36.2% from the field and 29.0% from beyond the arc in the loss. Leading the way for the RedHawks was Mekhi Lairy who had 14 points, 1 rebound, and an assist in 22 minutes from off the bench.

Defensively, Miami (OH) is allowing their opponents to average 72.2 ppg on 44.3% shooting from the field. The RedHawks have a rebound margin of -2.1 and a turnover margin of 1.2.

Northern Illinois has been led by their defense this season which comes into this game ranked 34th in scoring defense, 30th in defensive FG%, and 51st in rebound margin.

Miami (OH) has been less than average on both ends of the court this season and come into this match-up ranked just 175th in scoring offense, 259th in scoring defense, and 248th in defensive FG%

Miami (OH) has been a much better team at home this season, however, it’s hard to imagine that the RedHawks will be able to find success generating offense agianst the Huskies defense that will have a major advantage in the front court. Northern Illinois won by a 70-55 margin at home and although this game should be a bit more competitive, I think Northern Illinois still will be able to cover this small road spread. Good Luck!