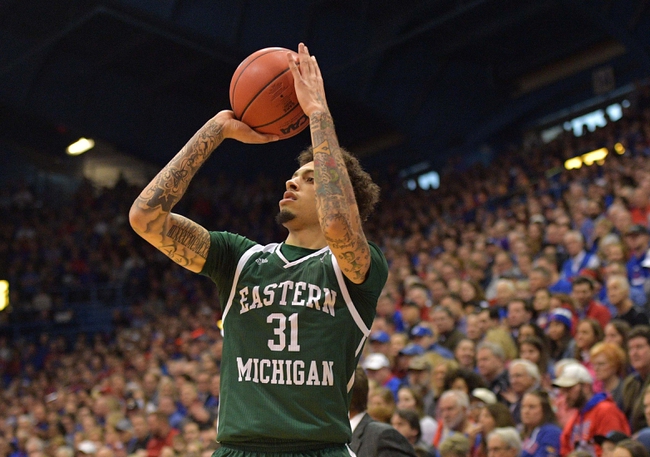 The Western Michigan Broncos will travel to the Convocation Center (MI) to take on the Eastern Michigan Eagles this Saturday afternoon in College Basketball action.

The Western Michigan Broncos had their 2-game winning streak snapped and dropped to 11-13 (4-7 MAC-West) on the season after being defeated by the Ohio Bobcats, 73-61, this past Tuesday. Western Michigan struggled with turnovers against the Ohio defense and allowed the Bobcats to pull away late in the 2nd half after an 14-4 run gave Ohio a 63-50 lead with just 2:11 left in regulation. Western Michigan shot 40.7% from the field and 44.4% from beyond the arc, however, lost the turnover battle by an 18-9 margin in the loss. Leading the way for the Broncos was Michael Flowers who had 21 points and 5 rebounds.

Defensively, Western Michigan is allowing their opponents to average 72.6 ppg on 43.3% shooting from the field. The Broncos have a rebound margin of -2.7 and a turnover margin of -1.0.

The Eastern Michigan Eagles improved to 13-11 (3-8 MAC-West) on the season after defeating the Central Michigan Chippewas, 73-70, this past Tuesday. Eastern Michigan trailed by a 35-28 margin at halftime, however, the Eagles were solid offensively in the 2nd half and was able to hold off a late charge by the Chippewas after a 9-0 run gave the Eagles a 67-57 lead with just 1:14 left in regulation. Eastern Michigan shot 49.1% from the field and outrebounded Central Michigan by a 36-26 margin in the victory. Leading the way for the Eagles was Ty Groce who had a double-double with 22 points, 12 rebounds, 3 assists, and a block.

Defensively, Eastern Michigan is holding their opponents to an average of 63.1 ppg on 40.6% shooting from the field. The Eagles have a rebound margin of -0.6 and a turnover margin of 2.2.

Western Michigan has struggled on both ends of the court this season and come into this game ranked just 220th in FG%, 267th in scoring defense, and 205th in defensive FG%.

Eastern Michigan has been led by their defense which comes into this match-up ranked 32nd in scoring defense and 2nd in steals per game, however, the Eagles offense has had its issues and currently rank just 319th in scoring offense.