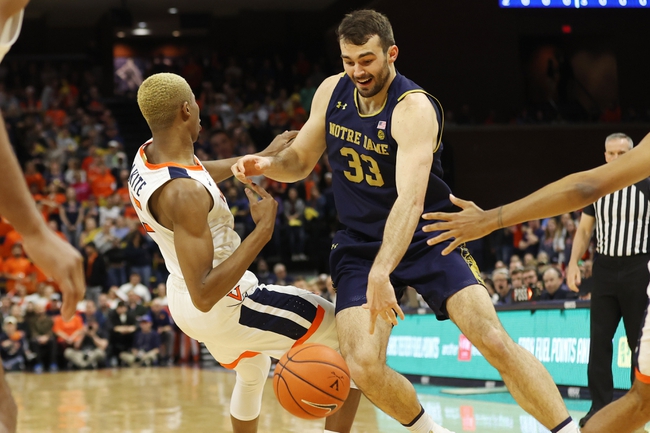 The Notre Dame Fighting Irish had their 4-game winning streak snapped and dropped to 15-9 (6-7 ACC) on the season after being defeated by the Virginia Cavaliers, 50-49 in OT, this past Tuesday. Notre Dame allowed Virginia to force OT after the Cavaliers Mamadi Diakite made a game-tying jumper with :27 seconds left in regulation and the Fighting Irish couldn’t pull of the victory after their offense was held scoreless for the final 3:31 of regulation. Notre Dame shot just 32.8% from the field and 23.1% from beyond the arc in the loss. Leading the way for the Fighting Irish was John Mooney who had a double-double with 11 points, 14 rebounds, 1 block, and a steal.

Defensively, Notre Dame is averaging 67.6 ppg on 40.9% shooting from the field. The Fighting Irish have a rebound margin of -0.2 and a turnover margin of 2.4.

The 7th ranked Duke Blue Devils won their 6th straight game and improved to 21-3 (11-2 ACC) on the season after defeating the 8th ranked Florida State Seminoles, 70-65, this past Monday. Duke was outstanding defensively agianst he Seminoles and despite committing 21 turnovers, the Blue Devils were able to hang for the victory after taking a 66-61 lead with :52 seconds left in regulation. Notre Dame shot 45.1% from the field while holding Florida State to just 37.9% shooting from the field and 16.7% shooting from beyond the arc. Leading the way for the Blue Devils was Vernon Carey Jr. who had a double-double with 10 points, 10 rebounds, 1 assist, and 2 steals.

Defensively, Duke is holding their opponents to an average of 66.0 ppg on 41.5% shooting from the field. The Blue Devils have a rebound margin of 6.0 and a turnover margin of 2.4.

Notre Dame comes into this game ranked 82nd in scoring offense, 131st in scoring defense, and 77th in defensive FG%.

Duke has been impressive on both ends of the court this season and come into this match-up ranked 3rd in scoring offense, 16th in FG%, and 85th in scoring defense.

Duke looked impressive in their recent victory against Florida State, however, the Blue Devils haven’t been great against the spread recently, going just 3-7 in their last 10 games. Notre Dame 3-2 on the road this season in conference play which included a competitive 85-84 loss at Florida State and as the Fighting Irish have the offensive weapons to keep up with the Blue Devils, I just think this is too many points to pass up on. Take Notre Dame and the points. Good Luck! 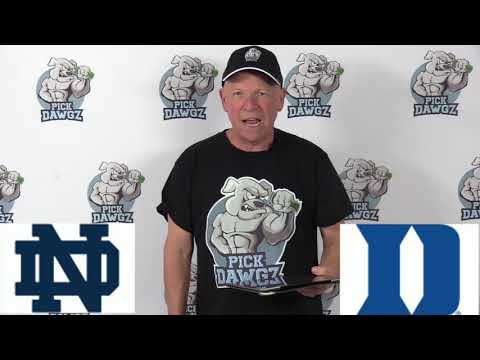