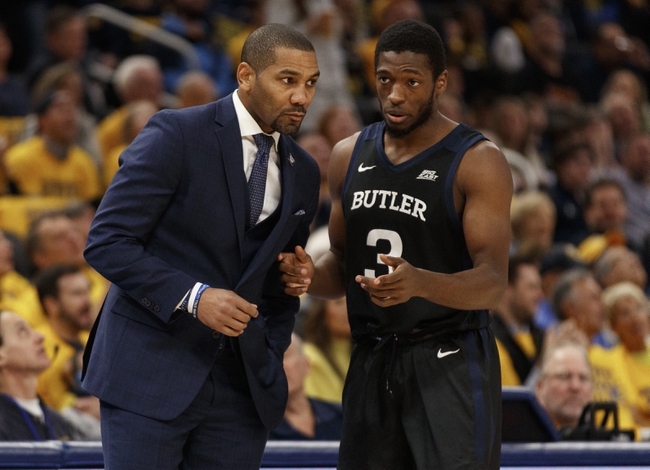 The Georgetown Hoyas will travel to Hinkle Fieldhouse to take on the 19th ranked Butler Bulldogs this Saturday afternoon in College Basketball action.

The Georgetown Hoyas improved to 14-10 (4-7 Big East) on the season after defeating the DePaul Blue Demons, 76-72, this past Saturday. Georgetown trailed by a 38-32 margin at halftime, however, the Hoyas found their offensive in the 2nd half and was able to hold of the Blue Demons late after taking a 70-65 lead with just under a minute in regulation. Georgetown shot 44.8% from the field and 30.0% from beyond the arc in the victory. Leading the way for the Hoyas was Jahvon Blair who had 30 points, 4 rebounds, 2 assists, and a steal. 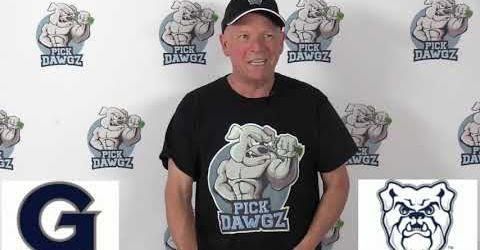 Defensively, Georgetown is allowing their opponents to average 73.2 ppg on 42.5% shooting from the field. The Hoyas have a rebound margin of 4.8 and a turnover margin of 0.3.

The 19th ranked Butler Bulldogs improved to 19-6 (7-5 Big East) on the season after defeating the Xavier Musketeers, 66-61, this past Wednesday. Butler went into halftime with a 32-23 lead and was able to hold off the Musketeers for the victory after taking a 42-25 lead with 16:19 left in regulation. Butler shot 47.2% from the field and 38.1% from beyond the arc in the victory. Leading the way for the Bulldogs was Sean McDermott who had 14 points, 6 rebounds, 1 assist, and a block.

Defensviely, Butler is holding their opponents to an average of 61.2 ppg on 38.6% shooting from the field. The Bulldogs have a rebound margin of 4.6 and a turnover margin of 0.3.

Georgetown has been led by their offense this season, ranking 44th in scoring offense and 15th in FT%, however, the Hoyas have struggled defensively and come into this match-up ranked just 278th in scoring defense.

Butler has been outstanding on the defensive end this season and come into this game ranked 12th in scoring defense, 20th in defensive FG%, and 53rd in rebound margin.

Both Mac McClung & Omer Yurtseven are questionable for this match-up, however, as both players had yet to be cleared to play as of Thursday it sounds like that even if they are able to give it a go, their not going to be 100%. Butler is led by their defense that should be able to have success agianst the injury-riddled Hoyas and although this is a bunch of points to cover, I think you have to back the Bulldogs in this one. Good Luck!