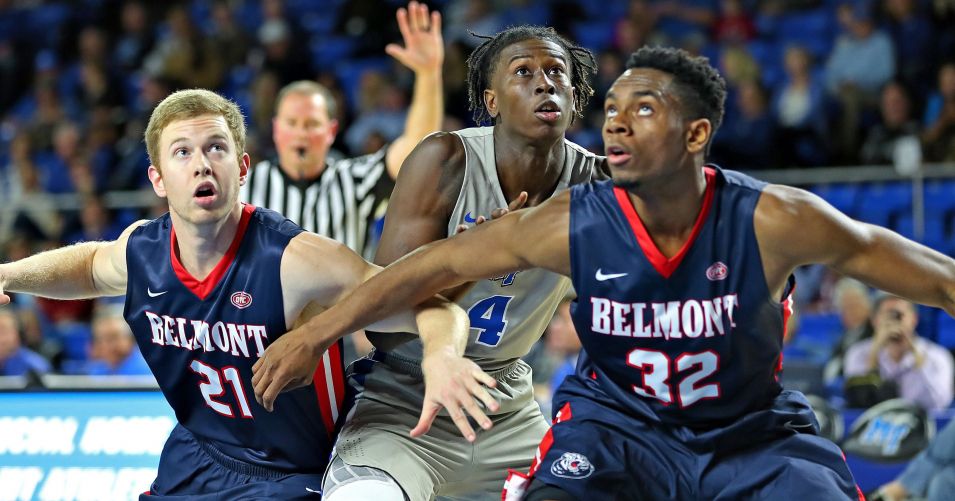 The Belmont Bruins (19-7) will host the Jacksonville State Gamecocks (10-16) on
Saturday, February 15th for an Ohio Valley Conference match up at the Curb Event
Center in Nashville, TN. The game is scheduled for a 5:00 pm central tip off.

The Bruins will come into this game red hot and rolling on a five-game win streak after a
74-51 thrashing of Tennessee State. The Bruins are starting to find their identity
knocking off conference leading Austin Peay and Murray State the week prior. In the
game against Tennessee State, Belmont was led by center Nick Muszynski who
finished with 21 points, 7 rebounds and 5 assists. The Bruins shot 48.3% from the field
but really struggled at the free throw line only converting at 50%.

Jacksonville State will have a tough test at hand after losing a 1-point game to
Tennessee Tech on Thursday night after a three pointer was scored with 7 seconds
remaining. The Gamecocks have lost 4 of their last 5 games and will need a big
performance across the board to keep pace with Belmont. These two teams played
earlier in the month with Belmont taking a comfortable 78-64 victory.

One the season, the Gamecocks are averaging 72.4 points per game and are giving up
69.2. They are led by Jacara Cross who averages 12.2 points and 6.8 rebounds per
game. They are also 4-9 on the season for away games.

Belmont is 4-1 ATS in the last 5 games whereas Jacksonville State are only 1-4
ATS in the last 5. Belmont has been playing great basketball as of late and are
even better when playing at home. I’m thinking that the streak continues with Belmont
covering the big spread here.