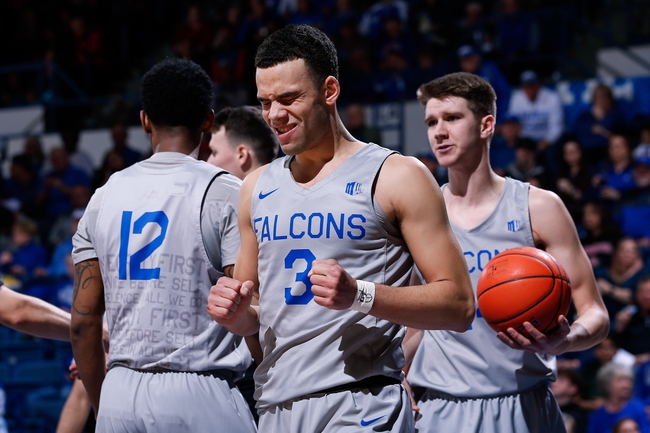 The Spartans have really struggled coming into this game losing four games in a row and eight of the last ten. SJSU has only covered three spreads during that stretch.

The Spartans defense has been a big issue all season giving up 81 points per game and on the road that number jumps up to 85.6. Two games ago against Nevada, they gave up 95 points, with 32 coming from Jalen Harris.

Over the last five games, San Jose State’s offense has been fine averaging 76.4 points per game, but it hasn’t been enough with how bad the defense has been.

For the Air Force Falcons, they are really struggling having lost seven games in a row. Much like the Spartans, the Falcons defense has been struggling as of late, and the offense has also been terrible. Over the last five, the Falcons offense is averaging 66.8 points while the defense is giving up 84. If the Falcons want to win this game, that defense is going to need to step up.

The over is 7-1 in the last eight meetings between these two squads.

The Spartans have been terrible away from home, but there is no way to lay 7.5 points with a team that has lost seven games in a row. It’s going to be close, but back the Spartans to cover the spread.