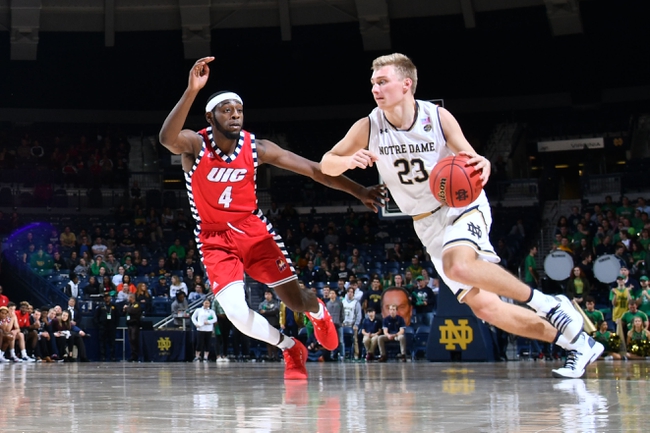 The UIC Flames will travel to the Nutter Center to take on the Wright State Raiders this Friday night in College Basketball action.

The UIC Flames improved to 12-14 (7-6 Horizon) on the season after defeating the Green Bay Phoenix, 71-58, this past Saturday. UIC had no trouble shutting down the Green Bay offense and led by double-digits throughout the 2nd half after entering halftime with a 40-29 lead. UIC shot 50.0% from the field while holding Green Bay to just 37.5% shooting from the field and 22.2% shooting from beyond the arc. Offensively, UIC has been led by Marcus Ottey who had 18 points, 4 rebounds, 1 assist, and a steal.

Defensively, UIC is allowing their opponents to average 70.6 ppg on 42.1% shooting from the field. The Flames have a rebound margin of -0.2 and a turnover margin of -3.8.

The Wright State Raiders won their 2nd straight game and improved to 21-5 (11-2 Horizon) on the season after defeating the Oakland Golden Grizzlies, 83-71, this past Saturday. Wright State was lights out offensively agianst the Golden Grizzlies and pulled away late after closing out the final 3:01 of regulation on a 7-0 run. Wright State shot 51.9% from the field and 55.0% from beyond the arc in the victory. Leading the way for the Raiders was Bill Wampler who had 20 points, 7 rebounds, 2 assist, and a steal.

Defensively, Wright State is allowing their opponents to average 70.9 ppg on 41.9% shooting from the field. The Raiders have a rebound margin of 4.1 and a turnover margin of 2.0.

UIC has won 6 of their last 8 games, however, it’s been a tough year statistically for the Flames as they come into this match-up ranked just 276th in scoring offense, 165th in FG%, and 211th in scoring defense.

Wright State has won 14 of their last 16 games and have been led by their offense this season which comes into this game ranked 4th in scoring offense, 70th in FG%, and 28th in 3P-FG%.

Wright State is the better team and the Nutter Center is a tough place to play, however, UIC has had the Raiders numbers of late, winning their last three match-ups, including going 4-1 ATS in their last five games. Wright State’s defense can be scored on as the Raiders rank just 222nd in scoring defense and as I like how UIC has looked over the past three weeks, which included a 76-72 win at home against Wright State, I think the play here is to take UIC and the points. Good Luck. 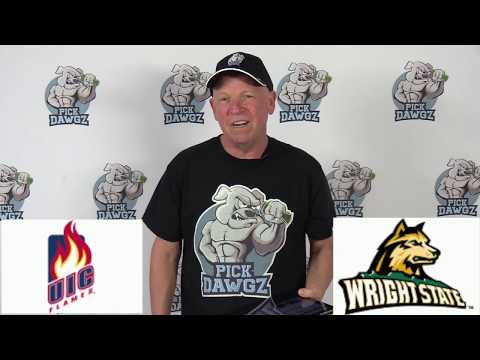