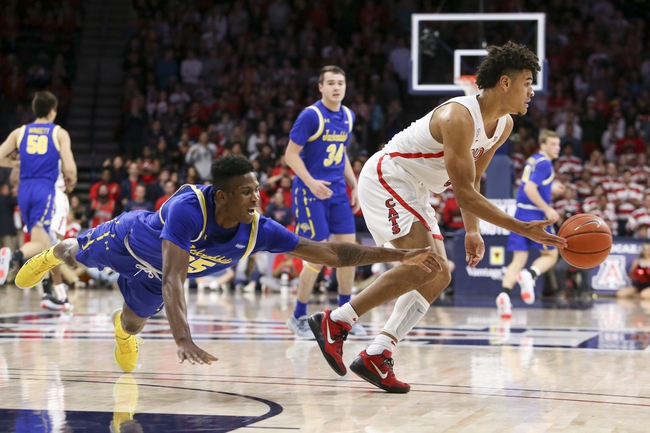 Where to Watch: https://gojacks.com/watch/?Live=2793&type=Live Stream College Basketball all season on ESPN+. Sign up now!

The Denver Pioneers will travel to Frost Arena to take on the South Dakota State Jackrabbits this Friday night in College Basketball action.

The Denver Pioneers lost their 5th straight game and dropped to 5-20 (1-10 Summit) on the season after being defeated by the Purdue Fort Wayne Mastodons, 70-63, this past Saturday. Denver struggled offensively in the 1st half and couldn’t fight back after going into halftime trailing by a 38-19 margin. Denver shot 44.2% from the field and committed 17 turnovers in the loss. Leading the way for the Pioneers was Jase Townsend who had 15 points, 5 rebounds, 3 assists, 1 block, and 3 steals.

Defensively, Denver is allowing their opponents to average 75.9 ppg on 45.2% shooting from the field. The Pioneers have a rebound margin of -2.7 and a turnover margin of -0.8.

The South Dakota State Jackrabbits won their 4th consecutive game and improved to 18-8 (9-2 Summit) on the season after defeating the Omaha Mavericks, 81-64, this past Saturday. South Dakota State was lights out on the offensive end of the court and had little trouble securing the win after going into halftime with a 40-33 lead. South Dakota State shot 51.7% from the field and 46.7% from beyond the arc in the victory. Leading the way for the Jackrabbits Douglas Wilson who had 24 points, 8 rebounds, 3 assists, 5 blocks, and a steal.

Defensively, South Dakota State is allowing their opponents to average 69.3 ppg on 41.6% shooting from the field. The Jackrabbits have a rebound margin of 4.9 and a turnover margin of -2.1.

It’s been a struggle for Denver this season on both ends of the court as the Pioneers currently rank just 264th in scoring offense, 312th in scoring defense, and 290th in defensive FG%.

South Dakota State has one of the best offenses in the Summit this season and come into this match-up ranked 40th in scoring offense, 8th in FG%, and 76th in 3P-FG%.

This is a bunch of points to cover, but I still just can’t get behind this Denver team which comes into this game with an 0-11 road record including double-digit road losses to both Oral Roberts & North Dakota State recently. South Dakota State is a perfect 13-0 at home this season and as I expect their offense to be able to score at will and put up 85-90 points in this one, I’m taking the Jackrabbits to cover this large spread. Good Luck! 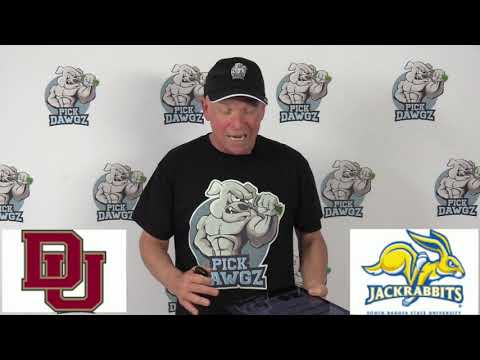