The Saint Peter’s Peacocks and the Quinnipiac Bobcats will play on Friday night in a
Mid Atlantic Athletic Conference match up at Yanitelli Center.

Saint Peters are currently 11-11 on the season and are coming off an 81-69 victory over
Monmouth where senior forward Quinn Taylor led the way with 15 Points, 9 Rebounds
and 4 assists. Cameron Jones and Aaron Estrada also reached double digit scoring in
the match up with 14 & 11 respectively. 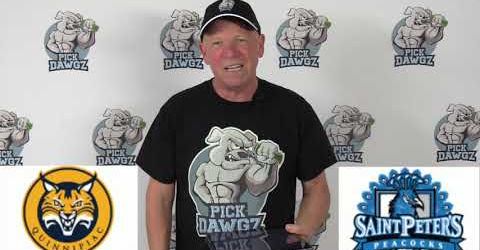 Quinnipiac also 11-11 on the season will come in and try to break their current 3 game
losing streak after losing on a last second shot to Manhattan College 63-65. They were
led by guard Tyrese Williams who led the team with 21 points and 6 rebounds. Forward
Kevin Marfo also contributed a double-double performance with 11 points and 13
rebounds.

The last time these two teams played resulted in a 20-point loss for Quinnipiac. I think
the troubles continue especially with Saint Peter’s being at home and being great ATS
as of late. I’m going to lay the points with Saint Peter’s.