The William and Mary Tribe are 16-10 this season and have lost their last three games. W&M are a solid 8-2 at home this season and 14-11 overall against the spread. The Tribe are averaging 70.8 points per game and they are shooting an impressive 46 percent from the floor while defensively they are allowing 68.7 points per game and their opponents are shooting 42.7 percent. Nathan Knight leads William and Mary averaging 20.5 points and 11 rebounds per game. Andy Van Vliet is averaging 13.4 points and 8.5 rebounds, Luke Loewe is averaging 10.5 points, and Bryce Barnes is averaging 7.4 points. William and Mary is hoping to stop the bleeding and make a run into March as well as get revenge for their earlier loss to Drexel.

If this game was a few weeks ago I would have been thinking it would be W&M all day long but I am a lot more skeptical now and while I don’t love the game, I will roll with the Dragons and the points. 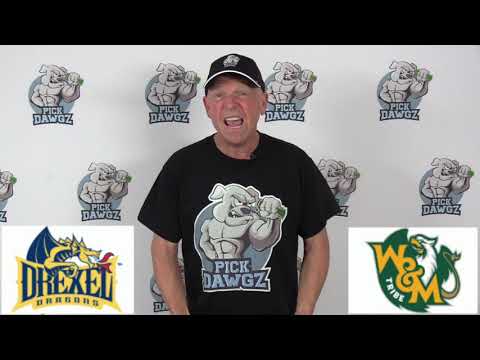