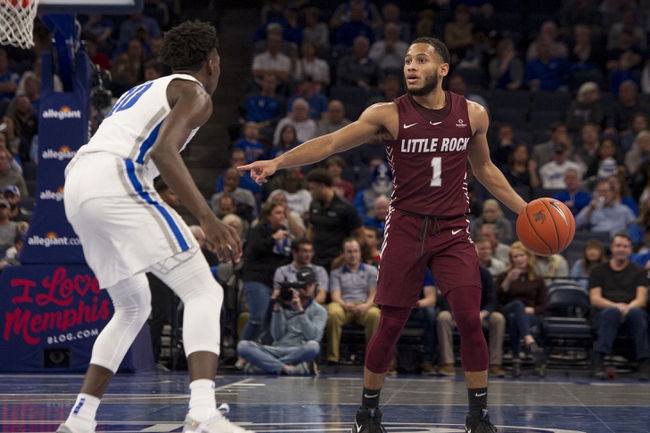 The Little Rock Trojans will travel to Strahan Coliseum to take on the Texas State Bobcats this Thursday night in College Basketball action.

The Little Rock Trojans won their 7th straight game and improved to 18-7 (12-2 Sun Belt) on the season after defeating the Arkansas State Red Wolves, 90-87, this past Saturday. Little Rock went into halftime with a 47-36 lead and pulled away late after a 9-2 Trojans run gave the 84-77 lead late in regulation. Little Rock shot 43.1% from the field and 43.5% from beyond the arc in the victory. Leading the way for the Trojans was Markquis Nowell who had 24 points, 2 rebounds, and 5 assists. 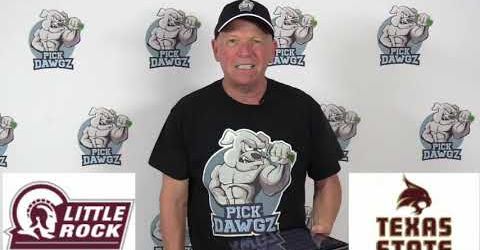 Defensively, Little Rock is allowing their opponents to average 68.1 ppg on 42.0% shooting from the field. The Trojans have a rebound margin of 4.4 and a turnover margin of -1.6.

The Texas State Bobcats had their 3-game winning streak snapped and dropped to 15-10 (8-6 Sun Belt) on the season after being defeated by the Appalachian State Mountaineers, 60-57, this past Saturday. Texas State led by a 36-31 margin at halftime, however, the Bobcats offense struggled in the 2nd half and allowed the Mountaineers to win it on a Justin Forrest three-pointer with just :18 seconds left in regulation. Texas State shot 44.6% from the field and was outrebounded by the Mountaineers by a 37-28 margin in the loss. Leading the way for the Bobcats was Caleb Asberry who had 11 points & 6 rebounds in 21 minutes from off the bench.

Defensively, Texas State is holding their opponents to an average of 63.4 ppg on 39.8% shooting from the field. The Bobcats have a rebound margin of -0.2 and a turnover margin of 4.0.

Little Rock has been a balanced team this season as the Trojans come into this match-up ranked 131st in scoring offense, 30th in FG%, and 146th in scoring defense.

Texas State has been led by their defense as the Bobcats currently rank 40th in scoring defense, 45th in defensive FG%, and 17th in turnover margin.

Texas State will have Nijal Pearson back after he missed the Bobcats last game, however, I’m still not convinced the Bobcats will be able to generate enough offense as Pearson is really the only offensive threat Texas State has. Little Rock was able to pick up a victory at home against Texas State earlier this season and as I think the Trojans are just the more balanced team, I’m taking the Little Rock to at worst cover with the points. Good Luck!