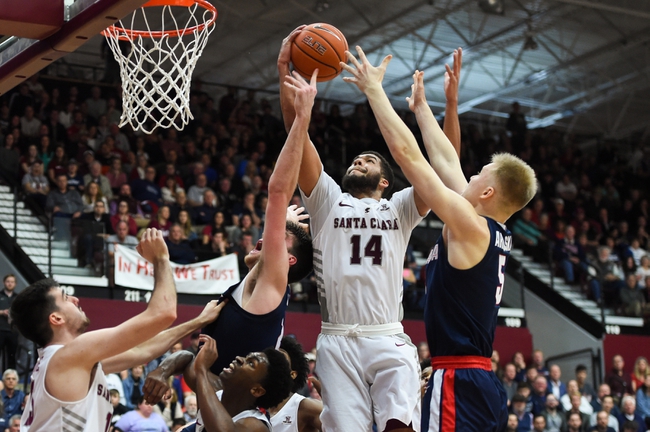 Where to Watch: NBC Sports California Stream College Basketball all season on ESPN+. Sign up now!

The Santa Clara Broncos and the San Francisco Dons face off on Thursday in West Coast Conference college basketball action.

The Santa Broncos are 18-7 this season and they have been alternating wins and losses for their last 10 games. Santa Clara are 15-2 at home this season and 12-11 against the spread overall. The Broncos are averaging 77.4 points per game and they are shooting 46.9 percent from the floor while defensively they are allowing 70.6 points and their opponents are shooting 41.4 percent. Trey Wertz is averaging 12.3 points per game to lead Santa Clara. Josip Vrankic is averaging 12 points, DJ Mitchell is averaging 10.2 points, and Keshawn Justice is averaging 9.0 points. Santa Clara has played well but they haven’t been able to get wins in the step-up games against Gonzaga which shows how far they have to go as a program.

Every time I underestimate San Francisco I get burned but I just don’t love their road play and I like the way Santa Clara bounces back from losses.