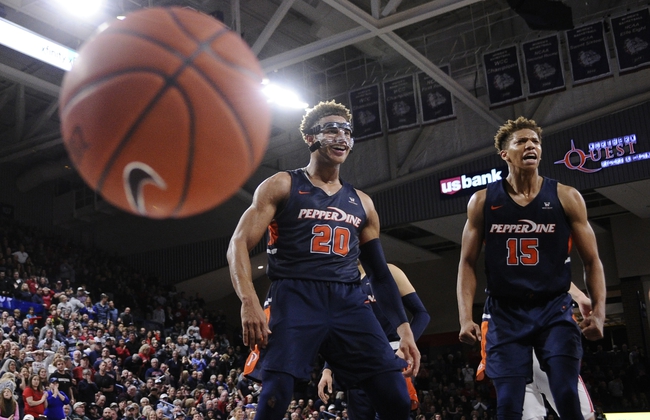 San Diego is coming off an intense double-overtime win over Portland in their last game by the score of 88-81 at home. That win put an end to a four-game losing streak for San Diego, in which they suffered all four losses to WCC teams. Pepperdine is coming off a 79-78 loss on the road at the hands of Pacific. That loss snapped a two-game win streak for Pepperdine, who has played decent basketball in WCC play up until this point.

San Diego has struggled on both sides of the ball all year, which is represented by their -5 scoring differential. San Diego scores only 65.9 points per game on 41.2% FG shooting. The Toreros allow 70.9 points per game to the opposition, yet their defense has fared a bit better in their last five games, only giving up more than 69 points once (the double-overtime win). San Diego also earns 34.2 rebounds, 12.5 assists, 3.3 blocks, and 5.8 steals per game.

Pepperdine loves to play an up-tempo offense that scores a ton of points but also allows a good amount as well. Pepperdine scores 77.4 points per game on 43.9% FG shooting. The Waves allow 77.7 points per game to the opposition, therefore their scoring differential is at -.3. Pepperdine also earns 33.4 rebounds, 15.0 assists, 3.4 blocks, and 6.1 steals per game.

Pepperdine can score, that much we certainly do know. The only problem is, they give up more points than they score on average. San Diego has been terrible all season, but they have buckled down a bit more recently. I am not rushing to the window for this game, but I will take the points and San Diego because I feel they may be more confident after pulling out that double-OT win.