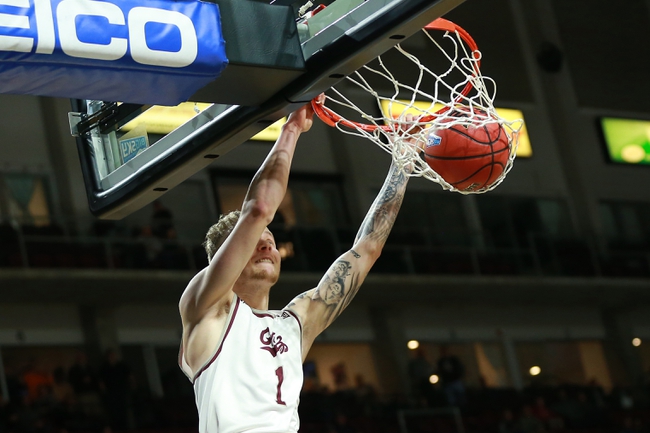 Where to Watch: SWX Montana; Pluto Stream College Basketball all season on ESPN+. Sign up now!

The Weber State Wildcats will travel to Dahlberg Arena to take on the Montana Grizzlies this Thursday night in College Basketball action.

The Weber State Wildcats won their 2nd straight game and improved to 10-14 (6-7 Big Sky) on the season after defeating the Northern Arizona Lumberjacks, 76-70, this past Saturday. Weber State led by a 30-24 margin at halftime and had no trouble picking up the victory after a 10-0 Wildcats run gave Weber State a 50-31 lead with 11:51 left in regulation. Weber State shot 48.3% from the field and committed just 7 turnovers in the victory. Leading the way for the Wildcats was Jerrick Harding who had 24 points, 1 rebound, 2 assists, and 3 steals.

Defensively, Weber State is allowing their opponents to average 70.4 ppg on 44.6% shooting from the field. The Wildcats have a rebound margin of -2.9 and a turnover margin of 0.6.

The Montana Grizzlies won their 3rd straight game and improved to 14-10 (10-3 Big Sky) on the season after defeating the Idaho Vandals, 82-71, this past Saturday night. Montana was lights out from the field and pulled away for victory late in the 2nd half after taking a 73-62 lead with 3:42 left in regulation. Montana shot 57.1% from the field and outrebounded Idaho by a 29-23 margin in the victory. Leading the way for the Grizzlies was Sayeed Pridgett who had 19 points, 9 rebounds, and 4 assists.

Defensively, Montana is allowing their opponents to average 70.2 ppg on 43.4% shooting from the field. The Grizzlies have a rebound margin of -2.4 and a turnover margin of 2.0.

Montana comes into this match-up ranked T-177th in scoring offense, 51st in FG%, and 202nd in scoring defense.

Weber State has one of the most dynamic scorers in the Big Sky in Jerrick Harding, however, it’s been a struggle for the Wildcats to pile up wins this season as their isn’t much scoring on the Wildcats outside of the Harding while their defense is below average. Montana has picked up three straight double-digit wins and as the Grizzlies are the more balanced team and have a 10-1 record at home, I think Montana does enough to cover this large spread. Good Luck!