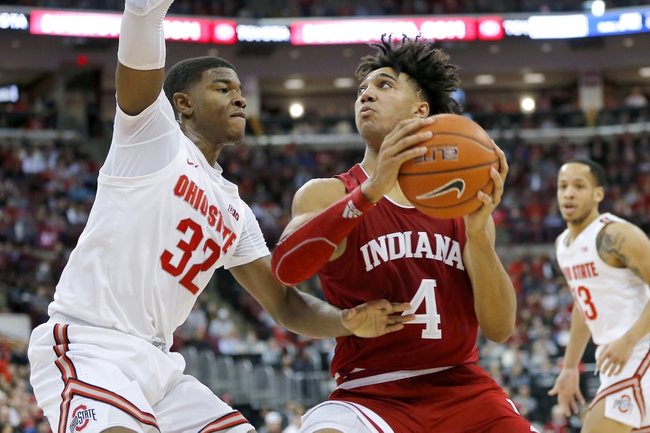 The 21st ranked Iowa Hawkeyes will travel to Assembly Hall (Indiana) to take on the Indiana Hoosiers this Thursday night in College Basketball action.

The 21st ranked Iowa Hawkeyes rebounded by their tough loss at Purdue to defeat the Nebraska Cornhuskers, 96-72, this past Saturday and improved to 17-7 (8-5 Big Ten) on the season. Iowa had no trouble on the offensive end agianst the Nebraska defense and easily pulled away for victory in the 2nd half after taking a 69-40 lead with 11:55 left in regulation. Iowa shot 48.6% from the field and 39.3% from beyond the arc in the victory. Leading the way for the Hawkeyes was Joe Wieskamp & Luka Garza who combined for 52 points and 15 rebounds.

Defensively, Iowa is allowing their opponents to average 71.7 ppg on 43.3% shooting from the field. The Hawkeyes have a rebound margin of 3.6 and a turnover margin of 0.5.

The Indiana Hoosiers lost their 4th consecutive game and dropped to 15-8 (5-7 Big Ten) on the season after being defeated by the Purdue Boilermakers, 74-62, this past Saturday. Indiana trailed by a 37-28 margin at halftime and couldn’t fight back after a 9-0 Boilermakers run gave Purdue a 65-50 lead with 4:02 left in regulation. Indiana allowed Purdue to shoot 48.1% from the field and 50.0% from beyond the arc in the loss. Leading the way for the Hoosiers was Trayce Jackson-Davis who had 16 points, 8 rebounds, 4 assists, 3 blocks, and a steal.

Defensively, Indiana is allowing their opponents to average 66.9 ppg on 41.7% shooting from the field. The Hoosiers have a rebound margin of 7.3 and a turnover margin of -0.8.

Iowa has been led by their offense this season which comes into this game ranked 19th in scoring offense, 97th in FG%, and 84th in 3P-FG%.

Indiana has been a balanced team this season and comes into this match-up ranked T-141st in scoring offense, 109th in scoring defense, and 124th in defensive FG%.

Iowa has one of the better duos in the Big Ten in Luka Garza & Joe Wieskamp, however, the Hawkeyes have struggled on the road in conference play this season, posting just a 1-4 record which included a 76-70 loss to the 7-17 Nebraska Cornhuskers. Indiana has struggled lately, however, this is a team still playing for a NCAA Tournament birth and as I think the Hoosiers will come out strong defensively at Assembly Hall, I think the play here is to take Indiana to cover this small spread. Good Luck! 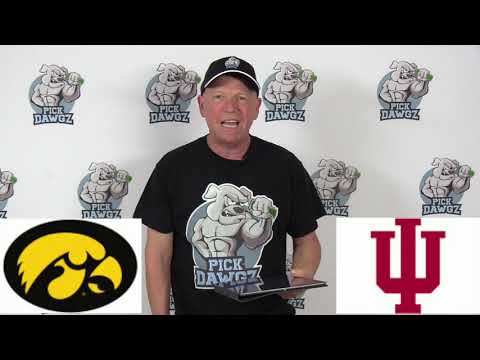