Charleston is coming off a 72-65 home loss to Elon, which is not a good loss for them. That loss snapped a three-game win streak for Charleston in which they defeated James Madison, Towson, and William & Mary. Hofstra is coming off a home win over Northeastern 75-71. That win extends their current winning streak to four games, all of which were conference victories. Hofstra now could be seen as the favorite to win the CAA, along with other teams like Charleston.

Hofstra loves to score in bunches, and their offense can be volatile for both the opponents and themselves. Hofstra scores 76.6 points per game on 44.7% FG shooting. The Pride allows 69.6 points per game to the opposition, which gives Hofstra a +7.0 scoring differential. Hofstra also earns 35.2 rebounds, 12.2 assists, 2.0 blocks, and 7.0 steals per game.

In the first meeting between these two teams, Charleston came out victorious at home, 69-67.

Hofstra has been on fire as of late, winning their last four games against some tough CAA opponents. Although Charleston got the best of Hofstra in the first game of the series, I like Hofstra to come out hot and cover this spread pretty easily. 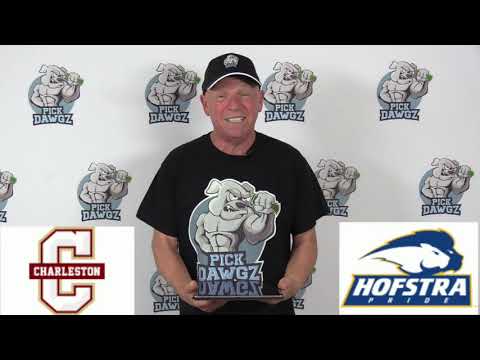