The Cincinnati Bearcats sit at 15-8 this season and look determined to get back to the NCAA Tournament despite some inconsistent play. The Bearcats are coming off of a loss at UConn by a point that ended a 5-game winning streak. UC is averaging 72.5 points per game while shooting 45.1 percent from the floor while allowing 65.7 points per game as their opponents shoot 39.6 percent. Jarron Cumberland leads Cincinnati averaging 15.1 points per game. Chris Vogt averages 12.7 points and 6.1 rebounds, Keith Williams is averaging 12.3 points and Tre Scott is averaging 10 points and 9.5 boards per game. Cincinnati has struggled on the road and in their 3-point shooting but they have been playing their best recently and will be out for revenge after losing at Memphis 60-49 less than a month ago. 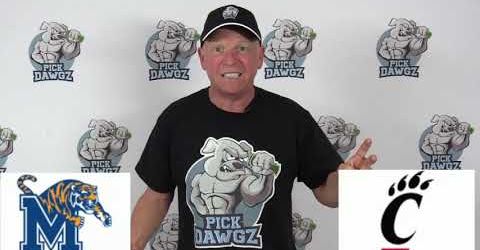 The Memphis Tigers are 17-6 this season and are coming off of a loss to USF that ended a 3-game winning streak. Memphis has had their share of ups and down over the course of the season but they are currently considered to be on the outside looking in at the NCAA Tournament. The Tigers are averaging 73.7 points per game while shooting 45.6 percent from the floor while their opponents are scoring 64.1 points and shoot just 36.4 percent. Precious Achiuwa has taken over as the Memphis scoring leader averaging 14.7 points and 10.7 rebounds per game. D.J. Jeffries is averaging 10.8 points, Lester Quinones is averaging 10.7 points, and Tyler Harris is averaging 8.4 points. Memphis started the season with high hopes and big expectations and despite their disappointments they are still playing hard.

I don’t love this number but Cincinnati is playing well and Memphis just hasn’t been the same team in recent weeks that they were earlier this year. Look for Cincinnati to win and cover.