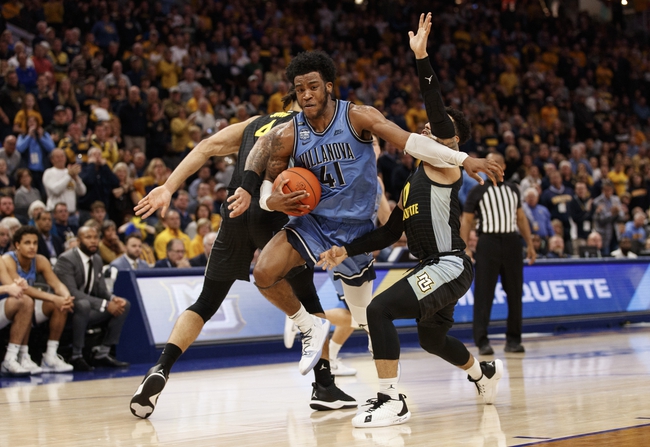 The Marquette Golden Eagles and the Villanova Wildcats meet in Big East conference college basketball action from the Finneran Pavilion on Wednesday night.

The Marquette Golden Eagles will look to add to their current three-game winning streak while looking to break out of the logjam near the top of the Big East standings, sitting at 7-4 in conference play after a 76-57 win over Butler last time out. Markus Howard led the way with 17 points including 3 threes while Brendan Bailey and Koby McEwen each had 16 points with 4 threes, with Bailey adding a team-high 8 rebounds while McEwen had 6 assists. Howard and Anim make up two-thirds of Marquette’s double-digit scoring trio this year, with Howard leading the nation in scoring with 27.4 points per game while McEwen leads the Golden Eagles with 3.2 assists per game this season. Sacar Anim is averaging 13 points per game while the aforementioned Bailey is averaging 5.7 rebounds per game this season. As a team, Marquette is averaging 78.2 points per game on 42.9% shooting from the field, 38.8% from behind the arc and 73.9% from the foul line while allowing their opponents to average 68.7 points on 40.2% shooting from the field and 30.8% from behind the 3-point line this season.

The Villanova Wildcats will look to break away from Marquette, also sitting at 7-4 after a three-game losing streak following a 70-64 loss to Villanova in their last outing. Saddiq Bey led the Wildcats with 22 points on 7 of 12 shooting with 4 threes while Collin Gillespie and Justin Moore each had 4 assists with Gillespie adding 12 points and 6 rebounds. Jeremiah Robinson-Earl added 9 points with a team-high 14 rebounds. Bey leads Villanova in scoring with 15.9 points per game whilg Gillespie is 2nd in scoring with 15.7 points and a team-high 4.6 assists per game. Robinson-Earl is the 3rd of 5 double-digit scorers for ‘Nova this season, averaging 10.8 points and a team-high 9.6 rebounds per game. As a team, Villanova is averaging 73.6 points per game on 43.8% shooting from the field, 35.3% from behind the arc and 77.8% from the foul line this season while allowing opponents to average 67 points on 44.1% shooting from the field and 32% from behind the arc this season.

Villanova being favored at home makes sense, as the Wildcats are still one of the nation’s best and they usually play their best at home. However, Marquette has done nothing but cover the spread over the last few weeks, and the Golden Eagles have been winning games, which isn’t something we can say for Villanova over the last week or so. The Wildcats also have had covering issues at home, while Marquette is outscoring conference foes by 3.5 points per game this season compared to 3 points per game by Villanova. I just think this is a 1-2 point game at most, so I’ll take my shot with Marquette and the points in this one. 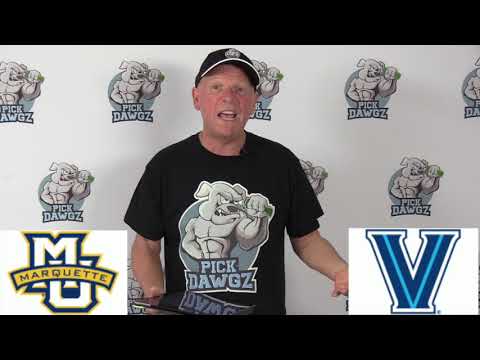