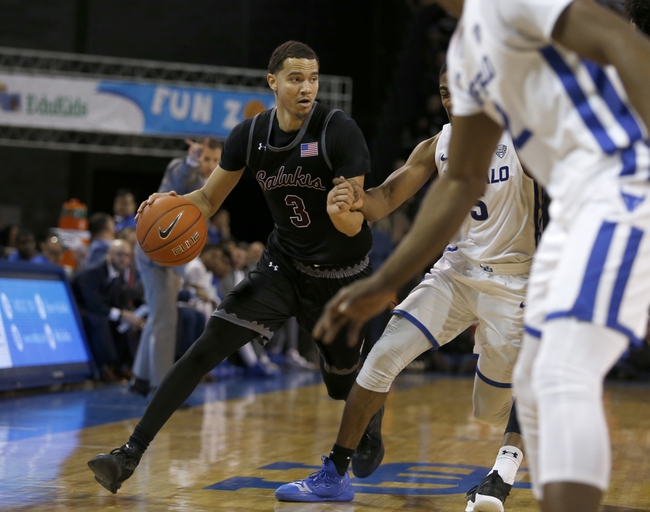 The Southern Illinois Salukis and the Valparaiso Crusaders meet in MVC college basketball action from the Athletics-Recreation Center on Wednesday night.

The Southern Illinois Salukis will look to take a step towards the top of the MVC table after making it 7 straight wins after a 68-66 win over Missouri State last time out. Barret Benson led the Salukis with 24 points on 9 of 15 shooting with a team-high 7 rebounds while Eric McGill added 10 points with a team-high 5 assists and 3 steals. Marcus Domask had 18 points with 6 rebounds but is still SIU’s active leading scorer with 14.8 points while McGill and Benson each have double-digit scoring averages with Benson logging a team-high 5.8 rebounds per game this season. As a team, Southern Illinois is averaging 63.6 points per game on 43.3% shooting from the field, 34.2% from 3-point range and 73% from the foul line while allowing opponents to average 61 points on 42.2% shooting from the field and 30% from behind the arc this season.

The Valparaiso Crusaders will look to build up some steam after back-to-back losses with a 70-68 loss to Loyola-Chicago last time out. Mileek McMillan led the Crusaders with 14 points on 5 of 8 shooting with 4 threes while Donovan Clay and Javon Freeman-Liberty had 13 points with 5 rebounds apiece, with Freeman-Liberty adding 4 steals. Nick Robinson had a team-high 9 assists as well in the victory. Freeman-Liberty leads Valpo in scoring and rebounding with 19.4 points and 5.8 rebounds while Fazekas is the only other double-digit scorer for Valparaiso this season. Daniel Sackey leads Valparaiso in the assists department with 3.9 assists per game this season. As a team, Valparaiso is averaging 72.4 points per game on 43.2% shooting from the field, 32.2% from behind the 3-point line and 71.1% from the foul line while allowing opponents to average 72.2 points per game on 47.1% shooting from the floor and 36.6% from behind the arc this season.

I get that Valparaiso is favored at home as they’ve been much better at home compared to Southern Illinois on the road. However, we’re getting points with a Southern Illinois team that’s won 7 straight and is getting hot at just the right time. The Salukis could be a team to watch come tournament time, but for right now, I’ll take my free buckets in a game I see the Salukis winning outright.