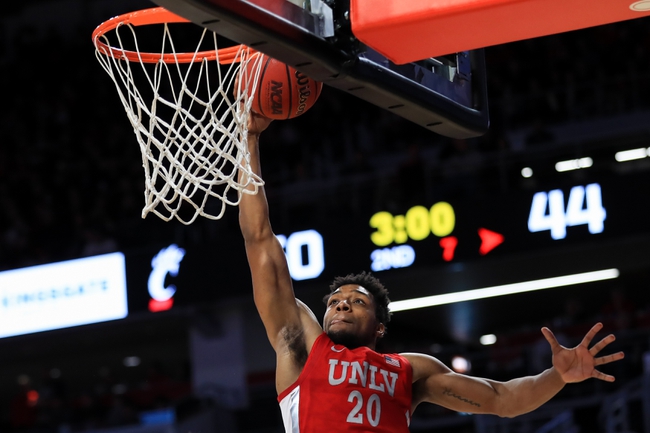 The Nevada Wolf Pack will try to break out of a logjam in the middle of the Mountain West standings, sitting at 8-5 on the year with back-to-back wins following a 95-77 win over San Jose State. Jalen Harris led the way with 32 points on 13 of 23 shooting with 5 threes while Nisre Zouzoua had 15 points with 6 assists. Lindsey Drew added 5 points with team-highs 8 rebounds, 7 assists and 4 steals. Harris leads Nevada in scoring with 21.2 points per game while Jazz Johnson is averaging 16.1 points per game and Lindsey Drew is averaging 11.2 points along with team-highs of 6.5 rebounds and 4.4 assists per game this season. As a team, Nevada is averaging 76.9 points per game on 44.5% shooting from the field, 38.7% from 3-point range and 75.7% from the foul line while allowing opponents to average 71.6 points on 40.2% shooting from the field and 28.4% from 3-point range this season.

The UNLV Rebels will try to join the jam after snapping a four-game losing skid with a 68-67 win over Fresno State last time out. Amauri Hardy led the way with 18 points on 6 of 14 shooting with 4 threes while Bryce Hamilton added 17 points with a team-high 8 rebounds and Elijah Mitrou-Long had 4 points with 7 assists and 3 steals. Hamilton leads the Rebels with 14.9 points per game while Hardy leads the Rebels with 14.1 points and Mitrou-Long has 11 points and 3.7 assists per game this season. Donnie Tillman is the Rebels’ 4th double-digit scorer with 10.5 PPG while Cheikh Mbacke Diong leads the Rebels with 8.4 rebounds per game. As a team, UNLV is averaging 71 points per game on 42.8% shooting from the field, 31.4% from behind the arc and 72.3% from the foul line this season.

UNLV being favored here, even in a coin flip, makes sense as the Rebels have gone 10-5 SU at home while the Wolf Pack have gone 1-7 SU on the road. However, I’d argue that side-by-side, Nevada is the better team, and that’s big for me as I didn’t have many hopes for the Wolf Pack coming into the year. UNLV will want revenge after Nevada won the first meeting, but I just think that Nevada is the much better team here, so I’ll take the free point with Nevada on the road in this one. 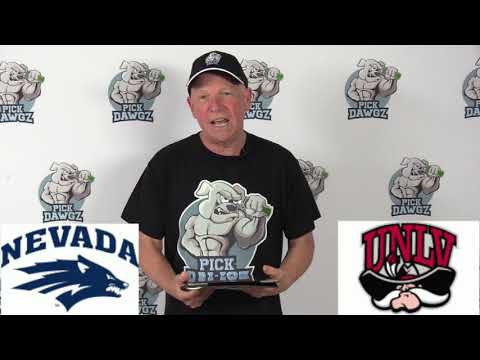