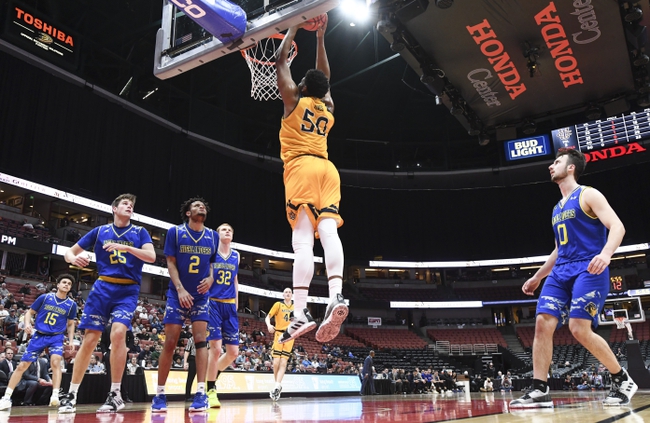 UC Irvine enters this game at 15-10 so far. After a four-game win streak over Cal Poly, UC Davis (twice) and CSUF, the Anteaters lost in their last game Saturday versus UCSB.

In the loss to the Gauchos, UC Irvine’s Brad Greene led the team on 16 points and six rebounds. Evan Leonard had 12 points with four rebounds and two assists there, and Collin Welp had nine points and five boards.

Over on the UC Riverside end, they’re 14-11 this season. The Highlanders are 1-3 in their last four games, beating Long Beach State while falling to UCSB, CSUF and CSUN in that time.

In the loss to the Matadors, the Highlanders’ Callum McRae led the team on 17 points with six rebounds and five assists. Posting a double-double there was Arinze Chidom with 11 points and 10 boards.

During their recent four-game win streak, the Anteaters were playing great ball, notching 74 or more in each game and even hitting 80 three times. UC Irvine is at their best in higher-scoring affairs, but the more methodical games (like the 64-61 UCSB loss) bog them down.

As for UC Riverside, they’ve posted a couple of great scoring outings over their last five, but they’re not necessarily built to play that way on a regular basis. I feel better about UC Irvine on the cover here; should be a fun matchup.