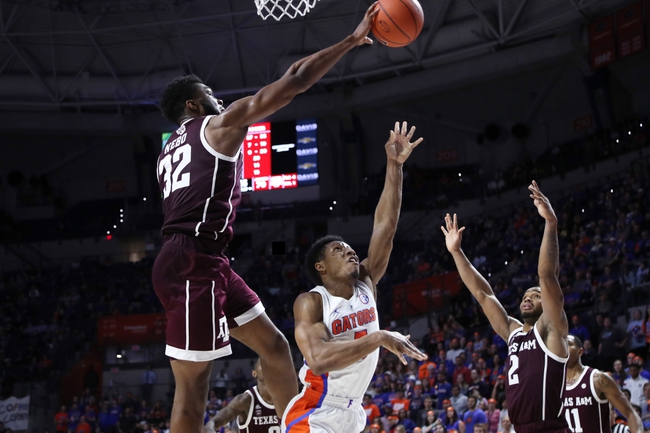 The Florida Gators and the Texas A&M Aggies meet in SEC college basketball action from the Reed Arena on Wednesday night.

The Florida Gators will look to take a step towards the top of the SEC despite a 68-51 loss to Ole Miss in their last outing. Keyontae Johnson led the Gators with 16 points along with 10 rebounds for the double-double while Kerry Blackshear Jr. added 11 points as the only other double-digit scorer for Florida in the losing effort. Blackshear Jr. leads Florida in scoring and rebounding with 13.8 points and 8.1 rebounds per game while Johnson is 2nd on the team in scoring with 13.5 points per game. Andrew Nembhard is putting up 11.4 points and 5.7 assists per game while Noah Locke is logging 10 points per game for Florida this year. As a team, Florida is averaging 72 points per game on 44.5% shooting from the field, 33.2% from behind the arc and 72.5% from the foul line while allowing their opponents to average 67 points per game on 41.4% shooting from the field and 32% from 3-point range this season.

The Texas A&M Aggies will try to jump over a few teams, sitting at 5-5 in conference play after alternating wins and losses in each of their last 7 games following a 74-54 loss to South Carolina last time out. Quenton Jackson had 16 points while Wendell Mitchell added 12 points including 3 threes as the only other double-digit scorer for the Aggies in the loss. Emanuel Miller added a team-high 8 rebounds while Josh Nebo had 3 points. Nebo still leads the Aggies in scoring and rebounding with 11.4 points and 6.6 rebounds per game as the lone double-digit scorer for Texas A&M this year while Savion Flagg is averaging 9.6 points and a team-high 2.5 assists per game. As a team, Texas A&M is averaging 60.6 points per game on 38.3% shooting from the field, 25.7% from behind the arc and 67.8% from the foul line this season.

I’ve come back and forth on this one, as Florida’s been the better team for most of the season, but Texas A&M does their best work at home. I think that you could make a case for either side here, but instead of trying to pick a side, I’m going to side with the under. Both teams have had offensive issues and have played in more than their fair share of low-scoring games this season. I think this is a game where the first to 60 wins, somewhere in the ballpark of 61-57, so I’ll side with the under here. 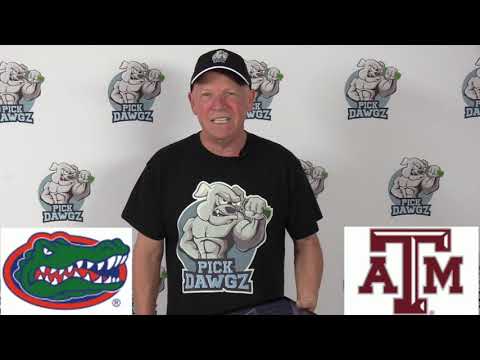