The Providence Friars and the St. John’s Red Storm meet in college basketball action from Carnesecca Arena on Wednesday.

Providence is sitting at 13-11 on the year. The Friars are 2-4 in their last six games, beating Butler and Creighton while dropping to Creighton, Seton Hall, Villanova and Xavier.

In the loss to the Musketeers, Providence’s Nate Watson led the way on 16 points with seven rebounds. Alpha Diallo added 14 points with six rebounds there, and David Duke had 12 points with three rebounds and three assists.

Over on the St. John’s side, they’re 13-11 as well. Since their last win over DePaul, the Red Storm have lost three straight games versus Villanova, Georgetown and Creighton.

In the loss to the Bluejays, St. John’s Marcellus Earlington posted 25 points with 10 rebounds and one assist. Both LJ Figueroa and Mustapha Heron added 12 points apiece there, combining for five assists and four rebounds.

Providence has gone through an absolute gauntlet of tough teams over the last six games, playing five games against ranked teams during that stretch. The Friars pulled off a couple of big upsets in that time and all things considered they’ve done pretty well.

St. John’s has had some tough matchups lately as well, and though they’ve struggled against raked opponents they’re still doing pretty well versus comparable teams. That said, I probably like the Friars a little better on the win/cover here. 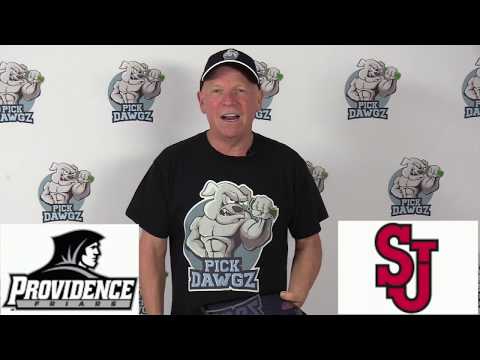