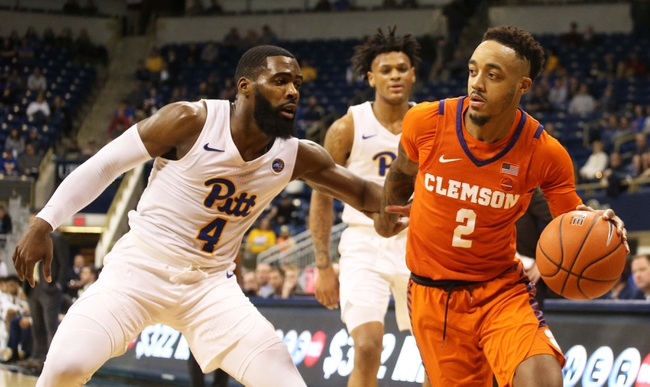 The Clemson Tigers and the Pitt Panthers meet in ACC college basketball action from the Petersen Events Center on Wednesday night.

The Clemson Tigers will try to join the fray in the ACC standings, currently sitting at 5-8 in conference play after a three-game losing streak thanks to a 61-57 loss to Notre Dame last time out. Tevin Mark and Alex Hemenway each had a team-high 16 points as the lone pair of double-digit scorers for Clemson in the loss, with Hemenway shooting 5 of 8 with 4 threes while Mack had 6 rebounds and 3 steals. Trey Jemison added a team-high 7 boards while Clyde Trapp led the Tigers with 4 assists. Aamir Simms missed the game due to illness, but he still leads Clemson in scoring and rebounding with 13.4 points and 7.4 rebounds per game while the aforementioned Mack is averaging 12.2 points as the only other double-digit scorer for Clemson this year. Trapp leads the Tigers with 2.7 assists per game this year. As a team, Clemson is averaging 65.8 points per game on 41.7% shooting from the field, 30.9% from 3-point range and 66.9% from the foul line while allowing their opposition to average 64.1 points on 41% shooting from the field and 32.2% from 3-point range this season. 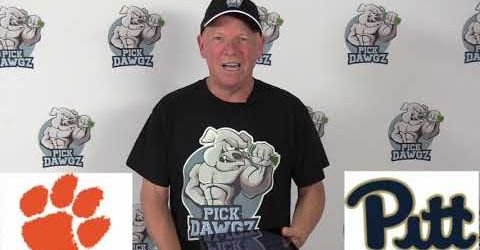 The Pitt Panthers will try to find some consistency after alternating wins and losses in each of their last 4 games after a 73-64 win over Georgia Tech last time out. Justin Champagnie had 30 points with a team-high 9 rebounds while Trey McGowens had 14 points and a team-high 9 assists and Xavier Johnson rounded out the trio of double-digit scorers in the win with 11 points and 7 assists. McGowens leads the group of four double-digit scorers for Pitt this season with 12.9 points per game while Champagnie has 12.6 points and a team-high 7.3 rebounds per game. Xavier Johnson has 12 points and 5.3 assists per game while Ryan Murphy is averaging 10.1 points per game this year. As a team, Pitt is averaging 66.8 points per game on 41.4% shooting from the field, 30.3% from behind the arc and 72.6% from the foul line while allowing their opposition to average 63.4 points on 41.6% shooting from the field and 32.6% from 3-point range this season.