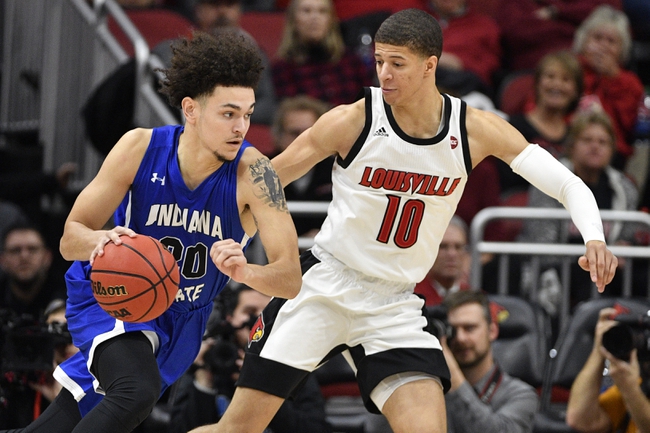 The Indiana State Sycamores and the Bradley Braves meet in MVC college basketball action from the Carver Arena on Wednesday night.

The Indiana State Sycamores will look to take a step up in the MVC table after falling back to 7-5 in conference play following a 74-67 loss to Illinois State last time out. Jordan Barnes led the Sycamores with 21 points as well as a team-high 5 assists while Tre Williams had 6 points with a team-high 7 rebounds and Christian Williams had 9 points with 6 boards and 4 assists. Tyreke Key had 8 points but still leads the Sycamores in scoring with an average of 16.7 points per game while Barnes is Indiana State’s only other double-digit scorer with 12.7 points as well as a team-high 3.8 assists per game this season. Jake Laravia leads the Sycamores with 5.7 rebounds per game this season. As a team, Indiana State is averaging 69.7 points per game on 45.9% shooting from the field, 39.1% from behind the 3-point line and 69.9% from the foul line while allowing opponents to average 66.6 points on 44.5% shooting from the field and 31.2% from behind the 3-point line this season. 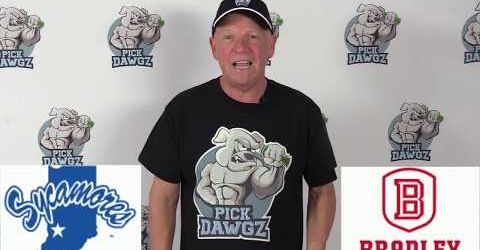 The Bradley Braves will look to make some space from Indiana State after a 69-58 win over Evansville last time out. Darrell Brown led the Braves with 22 points on 8 of 14 shooting with 3 assists while Elijah Childs added 19 points with 11 rebounds for the double-double as the only other Bradley player to score in double figures in the winning effort. Koch Bar also chipped in 11 rebounds as well. Brown and Childs make up two of Bradley’s four double-digit scorers this season while Nate Kennell and Jashon Henry round out the group. Childs leads Bradley with 9.2 rebounds per game while Brown leads the Braves in assists with 4.5 assists per game this season. As a team, Bradley is averaging 71 points per game on 43.8% shooting from the field, 36.9% from behind the arc and 73.7% from the foul line while allowing opponents to average 64.6 points on 39.1% shooting from the field and 29.4% from 3-point range this season.

The points would’ve been tempting had the Sycamores not put up a clunker against Illinois State in their last outing. Bradley has been one of the more consistent home teams in the MVC this season, and in my opinion are the more consistent of the two to back, especially when they’re playing at home. I’ll lay the points with Bradley at home here.