The Kentucky Wildcats and the Vanderbilt Commodores meet in college basketball action from Vanderbilt University Memorial Gym on Tuesday.

Kentucky comes into this one at 18-5 overall. Since their most recent loss to Auburn on February 1, the Wildcats have posted consecutive wins over Mississippi State and Tennessee. 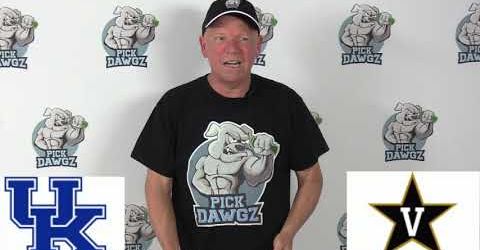 In the win over the Volunteers, Kentucky’s Immanuel Quickley led the team with 18 points. Both Tyrese Maxey and Nick Richards put up 15 points apiece there, combining for four assists and 12 rebounds.

Over on the Vanderbilt side, they’re 9-14 this year. The Commodores had a nine-game losing streak going before shocking LSU, but Vanderbilt fell again in their last game versus Mississippi State.

In the loss to the Bulldogs, Vanderbilt’s Saben Lee posted 20 points with four assists and two rebounds. Ejike Obinna added 12 points and six boards there, and Jordan Wright had 11 points with seven rebounds.

The Wildcats couldn’t close the gap versus Auburn in their nine-point loss, but since then they’ve played pretty well with 157 combined points in two games. Kentucky has at least 71 points in every other game (outside of the Auburn loss) since December 21.

Vanderbilt has managed 169 points combined in their last two games, but sustained output like that probably isn’t realistic here. I’m going to stick with Kentucky on the cover.