The Oklahoma State Cowboys and the Kansas State Wildcats meet in college basketball action from Bramlage Coliseum on Tuesday.

The Cowboys enter this one at 11-12 overall. The Cowboys are 1-3 in their last four games, beating TCU while otherwise dropping to Kansas, Oklahoma and Baylor.

In the loss to the Bears, Oklahoma State’s Lindy Waters led the team with 16 points, five assists and two rebounds. Isaac Likekele doubled up on 11 points, 10 rebounds and five assists in that one as well.

Over on the Kansas State side, they’re 9-14 this year. Since their last win over Oklahoma, Kansas State has lost three straight versus West Virginia, Baylor and Iowa State.

In the loss to the Cyclones, Kansas State’s Cartier Diarra led the way on 24 points with three assists and one rebound. Also in double-digits there was DaJuan Gordon with 10 points and six boards.

Considering the tough competition the Cowboys have faced over the last four games or so, they haven’t looked all that bad. The main issue is that Oklahoma State just isn’t scoring all that well, hitting 70 just once in that quartet.

Kansas State has had their offensive issues as well, with 67 points or fewer in each of their last four. They’ve played two ranked teams in that time however, so that makes sense. This one should be competitive—at least initially—but I like Oklahoma State to bounce back and cover here. 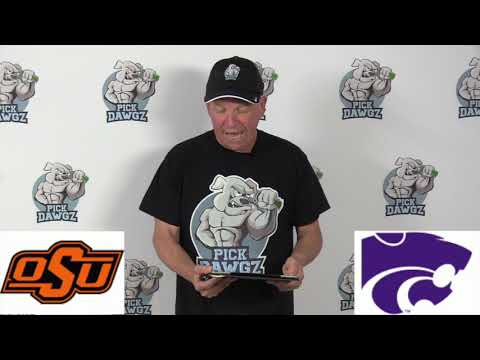