Where to Watch: gsutigers.com/showcase Stream College Basketball all season on ESPN+. Sign up now!

The Alcorn State Braves and the Grambling Tigers meet in in SWAC college basketball action from the Hobdy Assembly Center on Monday night.

The Alcorn State Braves will look to break out of the logjam in the middle of the SWAC standings after back-to-back losses with an 86-57 beatdown loss to Jackson State last time out. Troymain Crosby had 15 points while Corey Tillery had 10 points with a team-high 5 rebounds and Ame Morris added a team-high 3 assists. Maurice Howard was held scoreless but remains Alcorn State’s leading scorer and assist man with 14.3 points and 3.6 assists per game while Crosby has 13.2 points and 5.2 rebounds per game this season. Tillery and Deshaw Andrews also average double-digit points for Alcorn State this season. As a team, Alcorn State is averaging 76.6 points per game on 43.3% shooting from the field, 38.4% from behind the arc and 75.6% from the foul line while allowing opponents to average 73.4 points per game on 44.8% shooting from the field and 34.1% from behind the arc this season.

The Grambling Tigers will also look to break away and add to their current three-game winning streak after a 66-62 win over Southern last time out. Devante Jackson led the Tigers with 23 points on 9 of 13 shooting with a team-high 9 rebounds while Ivy Smith Jr. added 18 points with a 10 of 12 mark from the foul line and 6 rebounds. Jackson and Smith Jr. are Grambling’s pair of double-digit scorers this season with Jackson averaging a team-high 12.8 points while Smith Jr. had 11.7 points and a team-leading 4.7 assists per game. Terreon Randolph leads Grambling in rebounding with 6.2 rebounds per game this season. As a team, Grambling is averaging 72.1 points per game on 49.6% shooting from the field, 29.6% from behind the arc and 66.9% from the foul line this season.

I’ve gone back and forth on this game, as Grambling’s first two wins during this streak came against Mississippi Valley State and Arkansas-Pine Bluff, two teams with a combined record of 4-40 and a combined conference mark of 3-17. The Tigers did pick up a decent home win against Southern and while Alcorn State is in the mix as well, the Braves have been pummelled on the road by other teams in that group and I have little reason to think that would change here. The Braves have also had issues covering the number over the last couple of weeks, issues like not covering at all, so I’ll lay the points with Grambling at home here.

Get Premium Picks Start Winning Now »
The pick in this article is the opinion of the writer, not a PickDawgz site consensus.
Previous Pick
Florida A&M vs. North Carolina A&T - 2/10/20 College Basketball Pick, Odds, and Prediction
Next Pick
Northern Colorado vs. Portland State - 2/10/20 College Basketball Pick, Odds, and Prediction 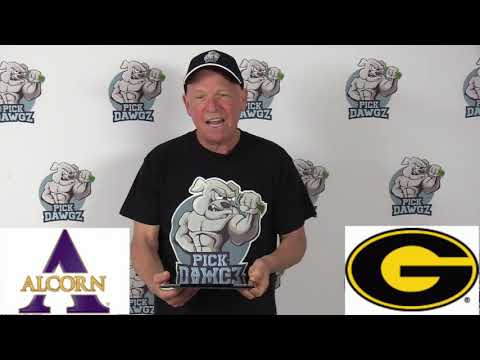