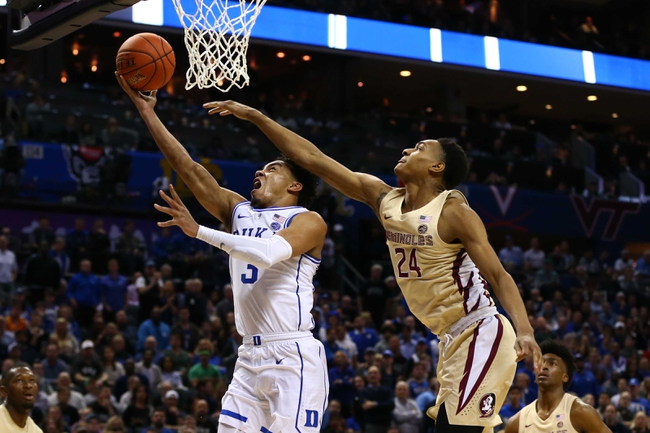 The Florida State Seminoles and the Duke Blue Devils meet in college basketball action from Cameron Indoor Stadium on Monday.

The Seminoles are sitting at 20-3 on the year. Since their last loss to Virginia, Florida State has won three straight versus Virginia Tech, North Carolina and Miami-FL consecutively. 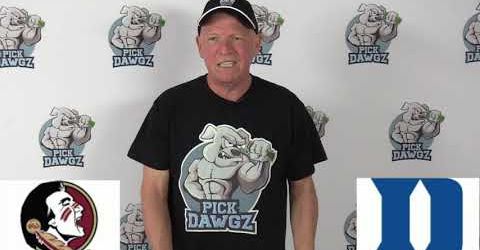 Over on the Duke side, they’re 20-3 so far as well. The Blue Devils are riding a five-game winning streak, taking out Miami-FL, Pittsburgh, Syracuse, Boston College and North Carolina in that time.

In the OT comeback win over the Tar Heels, Duke’s Tre Jones put up 28 points with six rebounds and five assists. Cassius Stanley added 22 points and six boards, and Wendell Moore doubled up on 17 points and 10 rebounds.

Florida State had a little trouble pulling away from North Carolina in their six-point win, but aside from that they’ve been taking care of business very well during this three-game win streak. The Seminoles have scored 74 or more in four of the last six games.

As for Duke, they’re probably still spinning after that epic Saturday game versus the Tar Heels, which gave them at least 79 points in four of their last five games. This should be another pretty epic matchup, and I was going to take Duke but that line is too thick. I'm going Florida State.

Get Premium Picks Start Winning Now »
The pick in this article is the opinion of the writer, not a Pick Dawgz site consensus.
Previous Pick
USC Upstate vs. Charleston Southern - 2/10/20 College Basketball Pick, Odds, and Prediction
Next Pick
Morgan State vs. North Carolina Central - 2/10/20 College Basketball Pick, Odds, and Prediction