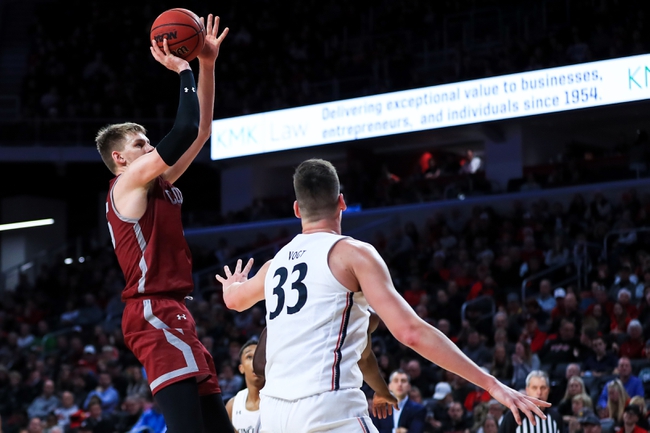 The Colgate Raiders and the Boston Terriers meet in Patriot League college basketball action from Case Gym on Monday night.

The Colgate Raiders will look to add on wins in three straight and 6 of their last 7 games following a 67-60 win over Navy last time out. Nelly Cummings led the Raiders with 18 points to lead the group of four double-digit scorers for Colgate in the winning effort including Tucker Richardson who pitched in 11 points with a team-high 6 assists. Will Rayman added 9 points with a team-high 12 rebounds as well in the victory. Jordan Burns had 14 points and still leads Colgate in scoring and assists with 15.3 points and 4.2 assists per game. Colgate boasts five double-digit scorers this season, including Burns and the aforementioned Rayman who has 12.2 points and a team-high 8.8 rebounds per game this season. As a team, Colgate is averaging 75 points per game on 44.7% shooting from the field, 35.7% from behind the arc and 75.6% from the foul line this season while allowing 68.3 points per game on 43.4% shooting from the field and 30.1% from behind the arc this season.

The Boston Terriers will look to add to their current five-game winning streak after a 77-68 win over Holy Cross last time out. Javante McCoy led the Terriers with 21 points on 9 of 14 shooting while Max Mahoney added 17 points and Walter Whyte added 11 points with a team-high 11 rebounds for the double-double as the group of double-digit scorers for BU in the win. Mahoney leads Boston in scoring and rebounding with 15.4 points and 7.6 rebounds per game while Whyte and McCoy also average double-digits scoring with Whyte adding 12.5 points and 7.1 rebounds and McCoy chipping in 12 points with a team-high 3.4 assists per game this season. As a team, Boston is averaging 72.8 points per game on 46.8% shooting from the field, 32.8% from behind the arc and 65.6% from the foul line this season while allowing opponents to average 68.1 points per game on 44.3% shooting from the field and 32.2% from behind the 3-point line this season.

This has under the radar potential to be the non-marquee game of the night and if it wasn’t sharing the stage with Duke-FSU, Texas-Baylor and Texas Tech-TCU, this could be the game to watch between the two best teams in the Patriot league right now. Getting Boston and a low line could be worth a look and if feels like a steal given that the Terriers are outscoring teams by 10.1 points per game at home this season. However, Colgate is still outscoring their opposition by almost two points per game this season, and that includes the win over Cincinnati as well as road games against Auburn, Syracuse and Clemson from earlier in this season. Colgate has also won 8 of their last 10 road games straight up. I just like Colgate’s scoring depth a bit more as well, so I’ll take the free point with Colgate in a game I see the Raiders winning outright.

Get Premium Picks Start Winning Now »
The pick in this article is the opinion of the writer, not a PickDawgz site consensus.
Previous Pick
USC Upstate vs. Charleston Southern - 2/10/20 College Basketball Pick, Odds, and Prediction
Next Pick
Morgan State vs. North Carolina Central - 2/10/20 College Basketball Pick, Odds, and Prediction 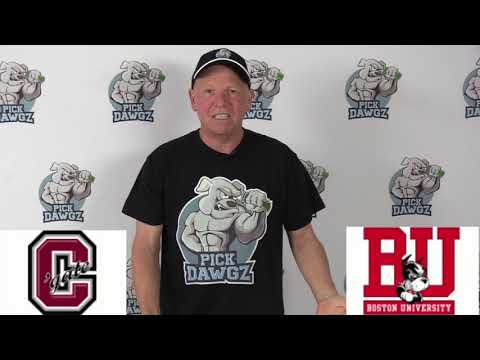