The Samford Bulldogs and the UNC-Greensboro Spartans meet in college basketball action from Greensboro Coliseum on Sunday.

Samford is sitting at 8-17 on the year. The Bulldogs are on a nine-game losing streak versus Wofford, Chattanooga, East TN State, Mercer, Furman, UNCG, Chattanooga, Wofford and WCU in succession. 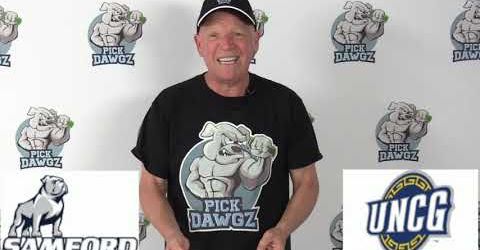 In the loss to the Catamounts, Samford’s Robert Allen led the team on 15 points with six rebounds, and Jalen Dupree added 14 points with seven rebounds. Both Brandon Austin and JP Robinson chipped in 10 points apiece there also.

Over on the UNC-Greensboro side, they’re 18-6 this year. The Spartans are 6-1 in their last seven games, falling to East TN State while beating Furman, the Citadel, Chattanooga, Samford, WCU and the Citadel again.

In the win over the Bulldogs, UNCG’s Keyshaun Langley led the team on 17 points with four rebounds, and Isaiah Miller added 15 points with six assists. Kyrin Galloway finished with 14 points and six rebounds in that one.

Well, it’s been a pretty rough road for Samford lately. Thing is, they’ve been scoring pretty well during this long losing streak, with at least 70 points in four of their last six games. They’ve also given up at least 70 in each of their last eight, though.

UNCG took a 70-63 road win the last time these teams met up, and considering how the Spartans have been putting up some decent points totals lately, I have to go back that way again here. The line is really thick, but I’m going UNC-Greensboro on the cover.