The George Mason Patriots and the UMass Minutemen meet in college basketball action from Mullins Center on Sunday.

George Mason is currently 13-9 on the year. The Patriots are 1-5 in the last six games, beating UMass while falling otherwise to GW, Richmond, Davidson, Rhode Island and St. Bonaventure.

In the loss to the Bonnies, George Mason’s Javon Greene led the team with 17 points, seven rebounds and three assists. Jordan Miller added 15 points and eight rebounds, and Jamal Hartwell chipped in 13 points in that one.

Over on the UMass side, they’re 9-14 so far. The Minutemen are 2-2 in their last four games, beating Duquesne and Saint Joseph’s before falling to Davidson and Rhode Island.

In the loss to the Rams, UMass’ Tre Mitchell led the team with 30 points, five rebounds and three assists. The only other UMass player in double-digits there was Carl Pierre with 10 points and six rebounds with one assist.

George Mason has scored 65 points or fewer in each of their last three games, and allowed 74 or more points in two consecutive outings. The last time these teams met up was a 73-63 home win for the Patriots, but they’ve done little else lately.

Since the loss, UMass has posted at least 73 points in two of four games and finished within six points of Rhode Island. Honestly I don’t trust the Minutemen right now so I’m staying away from this game, but I feel like the better play is taking UMass to get some revenge on a cover here. 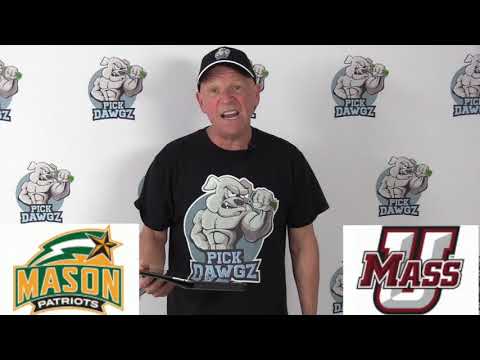