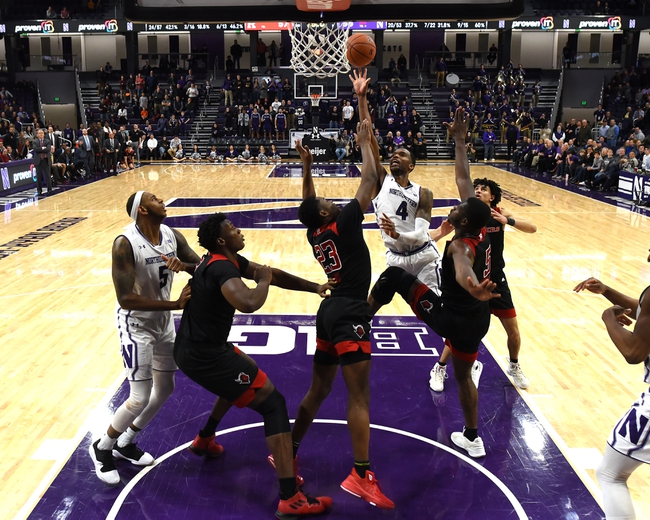 The Northwestern Wildcats will try to start the climb out of the basement of the Big Ten standings after falling to 1-10 in conference play with a 6th straight loss, falling to Purdue by a final score of 61-58. In the loss to Purdue, Miller Kopp had a team-high 15 points on 5 of 8 shooting with 3 threes while Boo Buie had 12 points with a team-high 4 assists and Pat Spencer added 10 points with a team-high 7 rebounds. Miller Kopp leads Northwestern in scoring with 13.4 points per game while Spencer and Buie are also averaging double-digit points for Northwestern this season and Pete Nance leads the Wildcats with 6.3 rebounds per game this season. As a team, Northwestern is averaging 65.1 points per game on 41.9% shooting from the field, 31.7% from behind the arc and 75.7% from the foul line while allowing their opponents to average 67.8 points per game on 41.7% shooting from the field and 33.6% from the foul line this season.

The Rutgers Scarlet Knights will try to step back towards the top of the Big Ten standings after falling back to 7-5 in conference play with a 56-51 loss to Maryland last time out. In the loss to Maryland, Akwasi Yeboah had a team-high 13 points with 3 threes and 7 rebounds while Montez Mathis added 10 points with 7 boards. Myles Johnson grabbed a team-high 8 rebounds while Ron Harper Jr. had 8 points with 3 blocks. Harper Jr. leads Rutgers in scoring with 11.4 points per game while Yeboah is Rutgers’ second double-digit scorer with 10.1 points per game. Johnson leads Rutgers in rebounding with 8 boards per game and Geo Baker leads Rutgers with 3.5 assists per game this season. As a team, Rutgers is averaging 70.3 points per game on 44.6% shooting from the field, 30% from behind the arc and 64.5% from the foul line while allowing their opponents to averaging 60.9 points on 37.8% shooting from the floor and 30.7% from behind the 3-point line.

The points would be somewhat tempting as Northwestern has had some respectable results on the road this season, but that doesn’t change the fact that Northwestern is just a bad team and almost certainly the worst in the Big Ten this season. Rutgers is overachieving compared to what we’ve seen in years past, but the results are still coming in for the Scarlet Knights at home, where Rutgers is outscoring teams by 16.5 points per game and holding their opposition to just 56.5 points per game this season. Numbers like that aren’t good for a Northwestern team that can struggle to score on the best of days, so I’ll lay the points with Rutgers at home in what should be a pretty solid beating of the Wildcats. 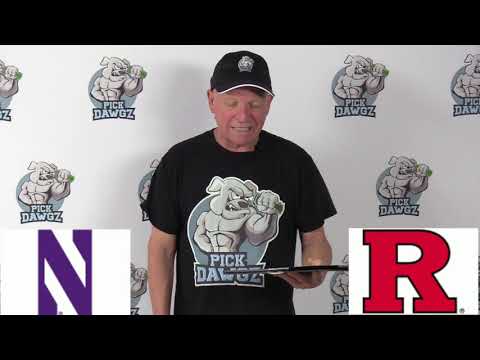